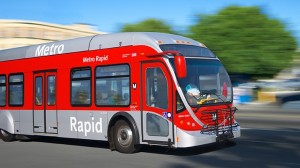 Senior citizens and the disabled in West Hollywood won’t see an increase in the cost of their monthly public transit passes, for now at least.

The current subsidy of $6 for a $14 monthly pass costs the city $25,560 a year. The city’s Human Services Department had recommended West Hollywood increase the subsidy to $10 for the $20 pass, which would have resulted in an additional expenditure of $17,000. Covering the entire increase will cost the city $51,120

In a report to the Transportation Commission, Perri Goodman, the city’s transportation program administrator, said that on average 350 seniors and disabled people in West Hollywood buy a total of 4,260 subsidized bus and rail passes a year. There is no income verification required for senior passes, which are available to those 62 and older.