Beginning Sunday, Metro’s 30/330 line’s westbound bus service from downtown Los Angeles will end at the intersection of San Vicente and Santa Monica boulevards and not long run to Sunset Boulevard. 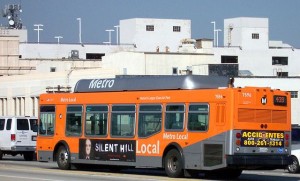 The change is one of a number in the bus system that will take effect Sunday. Others include:

Line 4 Downtown LA – Santa Monica via Santa Monica Boulevard. Late evening trips will be extended between Westwood and Santa Monica at approximately 11 p.m. Prior to this time, riders should use Metro Rapid Line 704 or Big Blue BusLine 2.

Line 16/316 Downtown LA – Century City via West 3rd Street. The Western limited stop boundary of Line 316 will be extended west from La Brea Avenue to La Cienega Boulevard. To the east, limited stops at Union Avenue and Witmer Street have been discontinued.