The Los Angeles City Council signed off today on a proposal to ban smart phone applications, such as MonkeyParking, that allow users to auction off parking spots. 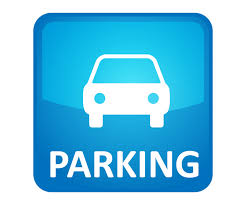 The Council instructed the City Attorney’s Office to prepare an ordinance prohibiting the sale, lease, reservation or efforts to facilitate reservations of parking spaces and other public spaces without permission from the city. Violators of the ban would face fines of at least $250 and potential jail sentences of no more than six months. Once the measure is drawn up, it will be brought before the City Council for another vote.

Councilman Mike Bonin who pushed for the ban, said in November that the ban isn’t directed at people who reserve spots for friends and family, but rather is aimed at preventing app users from “pimping out a parking spot in the city of L.A. — taking something which is a public good, something that all of us own, and privatizing for a period of time.”

The MonkeyParking app was offered in San Francisco, but was disabled after government officials there sent out a cease-and-desist letter citing an existing law prohibiting the practice. The app-maker subsequently announced plans to launch in Santa Monica, Beverly Hills and other parts of Los Angeles County. Santa Monica has already adopted a ban on such apps. Beverly Hills and West Hollywood also are considering bans.