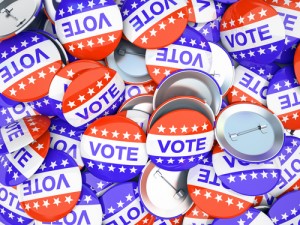 The forum will be broadcast live on WehoTV which can be found locally on Time Warner Cable’s channel 10 or on AT&T U-verse channel 99 or online at WehoTV’s YouTube channel at www.youtube.com/wehotv or on the city’s website www.weho.org/wehotv. The forum will available for replay and available on-demand.

In the past, candidate forums broadcasted on WehoTV have affiliated with independent and non-partisan groups such as the League of Women Voters of Los Angeles to ensure that all City Council candidates are treated in a fair and impartial manner. It also is important that those formulating or reviewing the questions as well as the moderator be independent and impartial.

In the spirit of an impartial forum, the Chamber will be reaching out to a geographically diverse cross-section of resident associations and neighborhood watch groups to solicit questions or topics important to the West Hollywood community to ensure that the concerns of residents throughout the city are addressed, as well as those of the business community.

All 12 City Council candidates have been invited to participate. Each candidate will have time for opening and closing statements. After the initial question/answer period, there is a public question period where attendees can ask specific questions. Questions will be solicited via Twitter (#wehoforum) as well as by completing and submitting a card on site.

Rarely are the sponsors of local candidate forums “impartial.” Traditionally such events are sponsored by specific interest groups as a way of facilitating more in depth discussion of that group’s concerns. Labor Councils, Democratic Clubs, Homeowners Associations, Neighborhood Watch Groups, and yes – Chambers of Commerce. Until just a few years ago, West Hollywood had a fairly well packed calendar of such events during the campaign season, which on occasion went forward without all candidates in attendance due to varying commitments. With the event being cabled out on WEHO TV it carries the imprimatur of the City of West Hollywood,… Read more »

Why is this in the middle of the day?

unless they filter out the non-serious candidates it will be another embarrassing spectacle, encouraging the audience of tens to not vote at all.

The Chamber of Commerce should have NOTHING to do with a forum for candidates. They are a group of businesses and cannot be impartial.