Thinking of tying the proverbial knot with your partner? Then you might want to stop by the Rainbow Galleria, a same-sex wedding planning event that will take place at Shutters on the Beach in Santa Monica on Feb. 28. 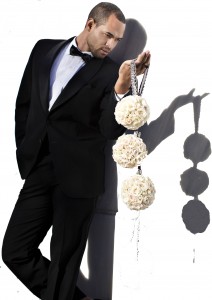 Rainbow Galleria is being staged by Mary Anne Bradley, producer of “Festival of Brides,” a bridal show now in its 25th year, and David Stern, former publisher and owner of Frontiers magazine who created the nation’s largest LGBT wedding expo in 2013.

The Rainbow Galleria will feature 50 exhibitors covering the entire spectrum of wedding preparation and resources, including “destination weddings.” There also will be a panel discussion at which experts will discuss everything from same-sex marriage legal issues and wedding style.  Attendees will be entered into a contest whose grand prize is a stay at the Sunseekers hotel in Maui.

“The Lesbian & Gay Wedding Expo was the final event I created prior to selling Frontiers,” Stern said. “I was so proud of its success with sold out vendor space, informative panels and an attendance of over 1,400 people. When I created that event in 2013 gay marriage was legal in 14 states. As of today that number is 36 states and counting.”

 The event takes place from 11 a.m. to 4 p.m. at Shutters on the Beach. Guests will be served champagne and cake. Attendees can pre-register online. A limited number of free tickets are available to those who enter “David” in the “how did you find us” field on the registration form.

I think it’s great to have this event and I’m glad to see David Stern leading the way again as he did when he owned Frontiers and IN Magazine. I just would have liked to see it in West Hollywood.