The tap is open and tens of thousands of new dollars are pouring into the West Hollywood City Council race. 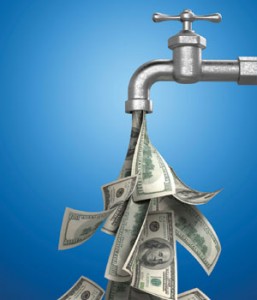 Reports recently filed with the City Clerk’s office show that Friends of West Hollywood, which identifies itself as “a committee to elect John D’Amico, John Heilman, Lindsey Horvath and Joseph Guardarrama to the West Hollywood City Council, has raised another $44,000, bring its total to date to $102,150.

The latest real estate contributors include Daniel and Simon Mani of Mani Brothers Real Estate Group, whose properties include the 9000 Sunset office building and the Sunset Medical Tower at 9201 Sunset Blvd. They contributed a combined $20,000. Harper Enterprises, a company associated with Behnam Soroudi, whose family businesses include Ruby Group and Holloway Partners, donated $9,900. Another $10,000 contribution is from Ace Outdoor, a billboard company that needs the vote of Council members. The West Hollywood Chamber of Commerce political action committee donated $2,500.

Political observers expect donations to pick up even more in the few weeks remaining before the March 3 election. There are 12 candidates running for three open seats, including incumbent Mayor D’Amico and Councilmember John Heilman. There are two other independent expenditure committees. One, Neighbors for a Better West Hollywood, has raised $42,000 to support challenger Lauren Meister. Its contributor include local activist Ed Buck, who donated $2,000, and Bill Resnick, a psychiatrist and philanthropist who donated $40,000. The other committee, Business and Neighbors United for Lindsey Horvath, to date hasn’t reported any donations. Such independent expenditure committees are barred by law from coordinating their activities with political candidates.

Donations also come to successful challengers after the election from businesses and individuals who are unsure who might win and want to secure the support of actual Council members. That money has to be used to pay off debt incurred by the election campaigns. In 2013 the Council eliminated a requirement that donations be made no later than six months after the election

not voting, not wasting my time…this city is bought and paid for, and that is what happens when everybody thinks and votes and sings from the same hymnal.
one party rule corrupts, always has and always will.

I agree. Before I vote, I check every candidates financial statements here: http://www.weho.org/city-hall/city-clerk/campaign-finance-statements and whoever has significant “donations” from developers goes on my “do not vote” list. The list is quite extensive.

How do we trust a council that’s bought and paid for by real estate developers? The money flowing into West Hollywood elections is shameful and should be the biggest topic of this election.

Good to know our city council is now open to “receive donations” longer than 6 months after the election. After all they have to “pay off debt incurred by the election campaigns”.

Can we hand in our checks right before a vote in a city council session? That’s how congress has been known to operate rather routinely. Who should we give our checks to, the council deputy?

If you can’t even run an election campaign without incurring long term debt, you sure aren’t qualified to oversee our (or any) city’s business.

Non-voters should be banned from giving money to a candidate. If you can’t vote, you cannot donate! The end.