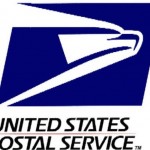 West Hollywood’s Doheny Drive post office is up and running.

Richard Maher, a spokesman for the U.S. Postal service, said the branch at 458 N. Doheny Dr., south of Santa Monica, was one of a small number that were affected by a glitch after a national hardware upgrade. The Doheny location was largely inoperative from Thursday of last week until today.

“Most of the impacts were internal, like with our email systems,” Maher said. He said the problem did not involve any hacking or security breaches. But those local branches affected were unable to accept debit and credit cards.

Fully operational may be a matter of opinion. I used to go to the San Vicente location weekly. Since the move I have not been. Well, I did try to go once but couldn’t find parking so gave up. I don’t think I’m alone on this. It’s easy to criticize the Postal Service, but sometimes it really is justified. This location is simply stupid. 25 feet further west and it would be in Beverly Hills. The best location would be the empty Empty Vase location at Santa Monica/La Cienega. There’s very limited parking at the Fairfax location, too. What would… Read more »