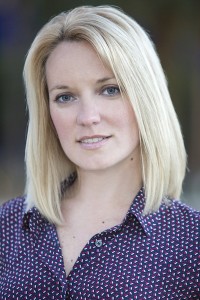 With only a very few votes left to be counted, Horvath has won with a total of 2,133. The count of provisional and write-in votes over the past few days has put her close behind challenger Lauren Meister, who won with 2,136 votes. Mayor John D’Amico was re-elected with 2,309 votes.

Heilman, the city’s longest serving City Council member with 30 years in office, now has filed as a candidate in the June 2 special election to fill the seat vacated by Jeffrey Prang in December when he won the race for L.A. County Assessor.

Horvath is the global coordinator for the V-Day One Billion Rising campaign, an effort to end gender-based violence. She was appointed to the Council in 2009 after the death of Councilmember Sal Guarriello. She lost in her re-election bid in 2011 to John D’Amico.

Others who will be on the June ballot include Larry Block, who came in sixth with 1,032 votes), previously announced candidates Heidi Shink and Cole Ettman and Ariane Kamp.

Newly elected Council members will be sworn-in at the next regular meeting of the West Hollywood City Council, which will take place on March 16 at 6:30 p.m. at the City Council Chambers at 625 N. San Vicente Blvd, south of Santa Monica Boulevard. The city will hold its annual City Council reorganization and installation meeting on April 20 at 6 p.m.

Throwing this out here . . . since each voter got three votes, can we really say that the voters spoke and rebuked Heilman? Yes, he didn’t win, but he had a lot of votes, more than most of the candidates. So, really, it seems to me like there is still a lot of love for him, especially considering the swell of support to get him to reverse course and run in June. I wouldn’t quite call it a mandate. Perhaps if he bottoms out in the June race, then we can all get on our high horses. But until… Read more »

Heilman has a tremendous amount of support in the Russian/Jewish community. The gay community not so much. Horvath won due to Abbey Land and she had the $$$ behind her. Takes money to win elections. I’m not sure why these low end candidates continue to run? They must know they need more than the gay community for support. Joe would have had more of a chance if those others had not run. Just split the vote within the gay community. Also, a lot of gay people I know don’t vote. They don’t care.

FK – Horvath has endorsed Heilman. Not sure where you get your information from, but it isn’t reality based.

Let me expand a bit – you’d need around 6,500 signatures to get past disallowed ones.That’s 3 times as many people that voted for Meister. Just getting to the public to approach them is daunting at that level. Then most won’t have any idea what you are talking about (those who don’t quickly walk past you). Try to explain the issues in the 10-15 seconds those willing to stop will give you? Try using Grindr and the ass’t, and a lot of people will think it’s some homophobic group trying to infiltrate WeHo. Then tell them you want a THIRD… Read more »

Totally impossible. You don’t have a chance.

Thanks Hank, so somewhere around 5,300. Doesn’t seem too hard to achieve. I say let’s go for it. His list of improprieties is getting quite long.

So that’s about 5,000-6,000 signatures – not going to happen
Recall – yet ANOTHER Republican idea than progressives nearly universally oppose

How many signatures need to be gathered to recall Duran???

Under state law, a recall petition must have the signatures of 20 percent of registered voters in a city with the population of West Hollywood

Regardless of this election…its likely Heilman will win in June. You have to remember most of Weho doesn’t read Wehoville or know everything about him. They’ll just see he’s been here for 30 years and vote a familiar name back in. I’m sure he will also get a huge name branding campaign and probably get his developer backers or other people to vote for him overwhelmingly. I think the only real competitor would have been Guardarrama. I’m not sure why he isn’t running. Makes me think he was placed on the ballot for reasons other than winning.

Leslie Horvath has said that John Heilman has not been returning her phone calls since the election. If Heilman wins in June and returns to the council, the days of a Heilman-Horvath alliance may be over if Heilman blames Horvath personally for his first election loss in 30 years and the embarrassment it undoubtedly caused him. Heilman has demonstrated before that he is capable of holding a grudge. His refusal to shake hands with John D’Amico is one example that comes to mind. Even if his ego allows him to put the election behind him and he forgives Horvath for… Read more »

@Lynn: If Heidi Shink is reading these comments, I would invite her to answer the question herself. I’ve never met her, don’t know her, she’s not my bff… but of the candidates that are running, it seems that she stands the best shot. She is very active in the community, serves on the Planning Commission, holds a position with the Stonewall Democrats, and has lined up the support of a lot of council members both past and present. These are all valuable in terms of being viable. But like you, I’d like to hear from her where she stands on… Read more »

It’s not that Heilman doesn’t know how to campaign, it’s that many, many residents literally hate how he’s been behaving on the Council and his Council votes. Probably not a good time to run again for him because his Council past is just too recent.

-Never got to meet Heilman’s deputy. She never returned any emails or calls over the years. Did get to speak and/or correspond with all the other deputies though. Thought Rex was very responsive, and went above and beyond to help.-