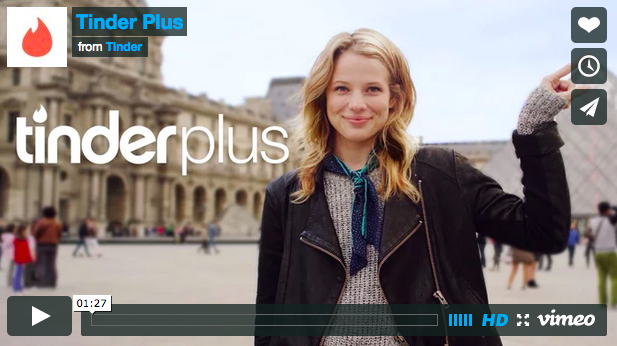 Could it be that Tinder, the West Hollywood-headquartered dating app, isn’t interested in linking up “seniors,” “daddies” or “cougars”?

Earlier this month Tinder launched a service called Passport. It lets users view potential romantic or sexual partners in other cities and also reconsider potential partners they might have rejected with an impulsive “swipe left.” Tinder is free, but the Passport service costs $9.99 a month — for those 30 and under. Those over 30 are charged $19.99 — more than twice as much.

But others are now calling the Tinder approach ageist.

Meanwhile, Tinder has moved forward after another controversy, this one involving allegations of sexual discrimination. It has named Chris Payne, an executive from eBay, as its new chief executive. Payne will replace Sean Rad, a founder of Tinder, who was fired by IAC, which owns the company.

Whitney Wolfe, a co-founder of Tinder, filed a lawsuit in June 2014 alleging that Justin Mateen, Tinder’s chief marketing officer, had called her a “whore” and a “gold digger” in front of other employees and  Rad. She said that Rad and Mateen stripped her of her title as co-founder in November 2013. In her lawsuit, Wolfe says that Mateen told her “Facebook and Snapchat don’t have girl founders, it just makes it look like Tinder was some accident.”

The lawsuit included copies of text messages from Mateen referring to “Muslim pigs” and describing someone as a “homo.” Wolfe alleges that Rad even sent a text message depicting Barry Diller, the chairman of IAC, which is Tinder’s majority owner, as a penis.

WOW ! If true, something I was not aware of. But is does not surprise me. Turning 71 within the next few weeks, I “died” to the gay community about 20 (or more) years ago ! And probably “died” to the general populace within the past decade. We now worship at the “Altar of Youth” and it always amuses (and disturbs) me when I see a post from someone in their 30s (no less) indicating that they are a “Daddy.” If I had a child, I would strongly encourage them to get a degree in psychiatry or plastic surgery because… Read more »