The West Hollywood City Council somewhat reluctantly approved a last minute proposal for aspects of the April 19 Sunset Strip Half-Marathon but made changes to reduce the chance that it will produce too much noise. 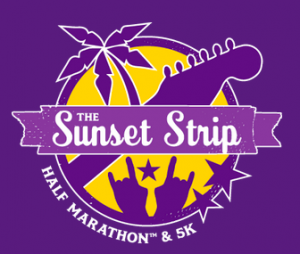 The 13.1 mile half-marathon race and a separate five kilometer race will be staged by RaceForce, which conducts such races throughout California. The route will extend beyond Sunset Boulevard, forcing closures to traffic on April 19 of sections of Santa Monica, North San Vicente, North La Cienega, Beverly and Sunset boulevards and Melrose Avenue.

At the end of the race there will be a music festival with live bands and alcohol served. RaceForce CEO Brian Pendleton has characterized the festival as “high-energy and unlike anything else in Los Angeles. Supporters will welcome racers across the finish line and live rock bands will entertain everyone for hours.”

RaceForce had proposed five stages with live music along the half-marathon route. But Councilmember John Duran last night objected to a proposal to have some bands performing as early as 7 a.m., saying that would disturb residents of nearby neighborhoods. Mayor John D’Amico said he was concerned that amplified music would disturb residents. The Council agreed to permit amplified music at West Hollywood Park near the close of the race, which is expected to end around 3 p.m. on April 19, which is a Sunday, and perhaps at a stage on Sunset Boulevard.

The proposal also calls for the city to allow parking permit holders to park in adjacent neighborhoods from 7 p.m. on Saturday, the day before the race, until 7 a.m. on Sunday. That proposal aims to allow residents to get access to their cars without having to cross the congested race route. It also calls for suspension of residential parking permit enforcement from 7 a.m. to 3 p.m. on April 19 and suspension of parking meter enforcement from 11 a.m. to 3 a.m.

Cleo Smith, the city’s special events manager, said RaceForce already has signed up about 2,000 of the 3,000 runners it hopes will participate in the race. Runners can register for the race online up until April 17. Fees are $70 for the half-marathon and $40 for the 5K race.

Another event that prevents public transit users from getting where they need to go. Due to Metro having to reroute buses as both SMB and Sunset will be closed, I have to walk all the way back to Crescent – a half-hour walk from my home – to catch a bus. AND I’m mobility-challenged. That means I’ll have to get up at 5 and leave the house at 6, since I need to be at church. I’m not the only person who goes to church, or somewhere else, on Sundays. We were inconvenienced enough during the LA Marathon – now,… Read more »

I agree with Manny. Enough already!

This event asked residents to park their cars someplace else and land locks them inside their neighborhood…..and for WHAT?!….For a “race” back to a 10am beer on San Vicente? That’s NOT a good enough reason to disturb an inconvenience a residential neighborhood on a Sunday morning.

This is as badly conceived as the Hudson Block Party was in 2012.