Politics and governance are strange bedfellows. If you are in a civic policy making role, your job is governance — doing what is best for your city, county, state or country, even if your constituents don’t agree with you. Then every few years you have to shift from governance to politics, pandering to voters so that you can keep your seat. 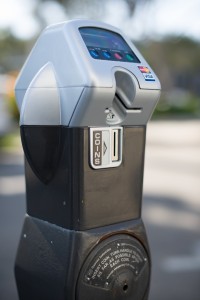 So why are City Council members John D’Amico and Lauren Meister, who were elected to office in March, now surveying West Hollywood residents on their attitude about city parking regulations? D’Amico and Meister have almost four years to go before they’ll need to hit the streets to beg for money and votes. That means they have plenty of time to make fact-based decisions on what is best for West Hollywood rather than conduct opinion surveys whose conclusions are obvious.

Of course West Hollywood residents, this writer included, wish it were easier to find a parking space. Of course we wish we didn’t have to put money in a meter until midnight or 2 a.m. to keep our car parked. Of course we wish we could park wherever we want, not just in special residential zones that we have to buy a permit for. And it is painful to pay for those damned parking tickets.

But those of us who sat through Economics 101 in high school or college also understand the law of supply and demand, a principal as irrefutable as the fact that the Earth is round. If parking is free, or very cheap, the supply of available parking spaces declines because people have no incentive to move their cars. So someone looking to park for two hours on Santa Monica Boulevard to dine at Cafe d’Etoile may find himself blocked by someone who lives on a nearby residential street and doesn’t want to pay for a residential parking permit. That is the apparent rationale of those tour buses that park illegally overnight outside the House of Blues. After all, a $129 ticket for illegal parking is nothing compared to what you’d have to pay to book rooms for the six members of your Goth band at a nearby hotel.

But if parking is limited in time or expensive, that driver parked outside Cafe d’Etoile might weigh his financial options and decide that an annual residential parking pass (or a night in a motel for the Goth band members) is a bargain, freeing the space for someone who is just looking to dine out for the evening.

If D’Amico and Meister and the rest of the City Council want to do what’s right for the City of West Hollywood, they should give more weight to the law of supply and demand than to the opinions of people whose perspective doesn’t extend far beyond their windshields. They might take another look at the recent study by an outside consultant that showed a big drop in towing of illegally parked cars and a reduction in cars illegally parked in residential neighborhoods since the extension of meter hours in September 2013. And they would do well to look at the West Hollywood’s quarterly sales tax reports for last year, which showed impressive (and sometimes stunning) growth in revenue from restaurants and entertainment businesses, which could be attributed, at least in part, to the decision to extend parking meter hours (and thus parking turnover).

Of course explaining the logic and data to angry constituents waving their parking tickets isn’t your face isn’t easy. “Economics is the painful elaboration of the obvious,” said Friedrich von Hayek. But with four years to go before the next election, it’s worth a try.

Meister is really showing that she doesn’t know the issues well and just using populists (*which are not always good ideas: see the ban on interracial marriage back in the day) ideas to further her agendas. Yikes.

Again, the only ones that will gain by rolling back parking meter hours are the valets and parking lot operators. Everyone else looses.

Hank Laureen was elected on a parking reform platform and she won. And now thats shes doing the foot work to make that campaign promosie a reality needs to be critiqued? The truth is parking as a AGGRESSIVE SOURCE of REVENUE and not as a service to the community is the problem. And already in LA there is major efforts to reform this system. The meters didn’t need to be changed. They were changed for REVENUE only, that’s the facts. The idea that turning on the meters to move cars around, or is better for weho isn’t the truth. Talk… Read more »

The survey was idiotic and also tracks one as an individual via one’s email. Nice try Lauren and Scott. Please leave well enough alone and move on to something affirmative.

@Darreen…..The ones that will gain the most from a roll back of parking meters are the parking lots that will start gouging “non-residents” again with $20-25 parking fees.

Darren, if you read the op-ed you’ll understand that business revenue has gone up because of extended meter hours. It’s also easier for visitors to find parking and less vehicles are being ticketed or towed because visitors don’t find the need to go into residential areas to find parking.

Isn’t that what you (and all of us) want for businesses, visitors and residents?

What about the business community? Everyone says residents, residents. The bualsonesses are stakeholders too and they are more impacted by this than anyone…especially non-resident visitors, who will gain the most from a rollback of the meter hours.

@ Mr. Smart. No, that’s not what I’m saying. I do think they need to build more, multi-level parking structures (no more surface parking only – waste of valuable space). I think it’s a clever solution to build a “robo” multi-level parking structure that fits more cars than would a traditional structure on the same piece of land. I think it’s a wise investment, and other cities have also built this type of structure with much success.

Parking meters are the best deal in town. $1.50 or $2.00 for two hours parking in a busy commercial district is an efficient and economical transaction that allows you to get your errands done during the day or dinner at night. The extended hours for the meters at the end of my block have been a godsend. Before they were implemented we had party goers enjoying drinking in their cars and on the sidewalk in the early evening and then again in the early morning hours when they returned to their cars. Bottles and cans were thrown into the landscape… Read more »

Thank you Wehoville for an excellent Op-Ed. Council Member Meister’s attempt to discredit the success of extended meter hours is without merit. Her efforts to roll back commercial district meter hours will occupy every parking spot by 8pm with only one car for the entire night. Visitors arriving after 8pm will be forced to cruise our neighborhoods in a desperate attempt to find parking. Commercial traffic needs to say in commercial districts. It seems she wants to go back to the old days of NO street parking, gouging of desperate drivers by parking lots and even more desperate drivers cruising… Read more »

What I’m hearing you say JJ is the city has failed to build public parking facilities and have wasted all of our money on their dumb toy robo garage instead.