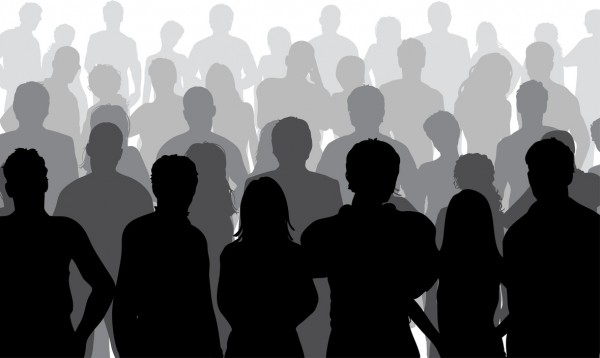 West Hollywood last year experienced an increase in population and new housing units that, while modest, is the largest in the past five years according to a recently released study by the state Department of Finance.

The study is likely to further stimulate the ongoing debate, heightened during this political campaign season, between those who argue that WeHo has become over-developed and those who say the city has carefully managed its growth.

With its 2.1 percent increase, West Hollywood tied with Azusa for second place in population growth in Los Angeles County. La Verne was the leader, with a 2.5 percent increase. Among nearby cities, the population of Beverly Hills increased four-tenths of one percent to 34,833 people last year. Pasadena saw the same percentage increase to 141,510 people, as did Culver City, whose population is 39,773. The City of Los Angeles saw its population increase 1.1 percent to 3.96 million people. Unincorporated areas of Los Angeles County as a whole increased four-tenths of a percent to a little more than one million people.

The study also reports a net increase of 414 new housing units in West Hollywood over the past year. While that was only a 1.6 percent year-over-year increase in the city’s housing units, those new units accounted for 76 percent of the 546 housing units built in the past five years.  Almost all of the new housing in the last five years has been in the form of apartments or condos in buildings with five or more units. According to the study, 540 such units were built in the past five years. Another 12 units were added in buildings with two to four units. The city saw a net increase of one single-family home and a loss of seven duplex units. Added together, those figures total 546 net new units, giving WeHo 25,134 houses, apartments and condos. Just under 80 percent of that housing is occupied by renters.

The Department of Finance study did not calculate the availability of affordable housing, another subject under debate in the June 2 City Council race. Opponents of John Heilman, a 30-year Council member who is running in the special June election after losing in the March 3 general election, argue that he has supported intensive development in West Hollywood that has resulted in the elimination of a lot of affordable housing.

The city’s 2013 Rent Stabilization and Housing report (the latest published) appears to contradict that when it comes to rent-stabilized or low-income housing. That report is based on data from the City of West Hollywood and the L.A. County Assessor’s Office. It shows that 16,916 of the city’s 24,468 housing units (69 percent) are rent-stabilized, which means a landlord cannot increase the rent for existing tenants beyond 75 percent of the annual increase in the Consumer Price Index.

However, a property owner can remove an apartment building from rent stabilization by invoking the Ellis Act, a state law. Over the past ten years, landlords have used the Ellis Act to remove 573 housing units from rent stabilization. Those units equal only about three percent of WeHo’s rent-stabilized housing stock according to figures provided by the city Department of Human Services and Rent Stabilization, whose calculation of total housing units varies slightly from that of the state Department of Finance. The Ellis Act permits a landlord to remove a building  from rent stabilization and evict its tenants, and later re-rent its apartments at market rates or convert them to condos after leaving it empty for five years.

Of the 573 units that were “Ellised” in West Hollywood, 120 were demolished (often to be replaced by another building) and 123 remain vacant. Eighty-nine of them were returned to the rental market and 183 were used for other purposes — usually as homes for the building owners, which is another reason the Ellis Act permits revocation of rent control. Fifty-eight units were converted to non-rent stabilized properties, only 17 of which exist as residential units today.

While three percent of rent-stabilized units were lost, more housing for low-income people has been built in recent years because of requirements imposed on developers. Developers must make at least 20 percent of new units available for low- and moderate-income households in buildings with more than 10 units and one unit for projects with ten or fewer units under city law. According to the 2013 city report, 185 housing units for low- and moderate-income people have been added to the city’s housing stock and another 165 units are expected to be added in the next three to five years. Among those new units are 75 in the Dylan and Huxley apartment buildings, which opened last year with a total of 391 units. In addition, the West Hollywood Community Housing Corp. last year added 16 housing units for very low-income households at its Courtyards at La Brea building, which also includes 17 units for those with disabilities or other special health needs. The Janet L. Witkin Center developed by Affordable Living for the Aging is adding 17 housing units for very low-income seniors.

But while the reduction in rent-controlled housing has been modest and there has been growth in the number of apartments for low-income people, there has been a big increase in market rate rents, which reflects increasing demand for housing in West Hollywood and the limited supply of new housing units. Under state law, a landlord can increase a rent-stabilized unit’s rent to the market rate when a tenant moves out and the apartment becomes empty.

According to the city’s 2013 report, the average market-rate rent for a one-bedroom apartment in 2013 was $1,570, 54 percent more than the $901 average paid by someone who had remained in place since 1996 in a rent-stabilized apartment. By contrast, the average market rate rent of $990 for a one-bedroom apartment in 2003 was just 30 percent higher than that for a rent controlled unit occupied since 1996. Put another way, the increase in the average rent for continually occupied and rent-stabilized one-bedroom units from 2003 to 2013 was 24 percent while the increase in average market rates during that period was 59 percent, more than twice as much.

While higher rents suggest demand for housing exceeds supply, the state Department of Finance study shows little change in West Hollywood’s housing vacancy rate. Last year it was 8.4 percent, roughly the same as it has been over the past five years. However city planners believe the vacancy rate actually might be half that when one takes into account that some housing units are only occupied seasonally by their renters or owners. The average number of people in a household remained at 1.55, reflecting the city’s largely single population.

Somewhat like Chris said, rental housing costs are not simply a matter of supply and demand. Shiny, brand new units command a higher price than those that have been around for a while, and generally raise the cost of living of everyone else as the desirability of living in WeHo increases. Housing is not a lonely factor. People who can afford to pay more for rent can afford to pay more for everything. Food, services, and commodities also rise as the market for people who can pay more raise the price of everything for everyone. That’s what “gentrification” is all… Read more »

I’m also very curious to see a quantification of the impact on housing availability and prices from units being illegally sublet for short-term rentals such as AirBNB. While I’ve no objection to someone renting out their spare room to helpers expenses, there are also those who never occupy the units they rent, and instead list them with AirBNB simply to profit. Such uses remove housing stock from the pool of supply of what are supposed to be LONG-term rentals, and thereby contribute to a shortage that pushes up rents for everyone else.

There’s another factor besides supply and demand – West Hollywood is becoming, despite the constant negativity here and at Council meetings, an increasingly attractive place to live to people who can afford the rents. The density issue also is affected by the per unit average of residents – on balance, the average people per unit seems to be going down (more cases of one person living where there used to be two, two where the once were three.

And everyone is a fool if you think adding more units will decrease the market rate for apartments. Housing prices are not based on traditional methods of supply and demand.

Yes, what is the vacancy rate at the Dylan & Huxley? (average price for a studio apartment in both buildings starts at $2,200)…. Also FYI there are going to be another 166 units at the Domain (in the process of being built on the corner of Formosa & Santa Monica Blvd) & another 377 units at the Movietown Plaza Avalon Bay complex (Santa Monica Blvd. between Fuller & Poinsettia). To sum it up, between Fountain @ La Brea (the Huxley) to Santa Monica @Fuller (Movietown plaza) there will be a total of 934 new units within the next 2+ years…..and… Read more »

So 414 new housing units, 391 new units at the Dylan and Huxley (both of which opened in 2014), which would account for almost all of the new units then?

I’m curious to know the vacancy rate at those two buildings, specifically.