The Sunset Strip Business Association board of directors couldn’t reach a conclusion about the financially troubled organization’s future in a meeting today that ended with the board secretary angrily declaring his resignation and leaving the room. 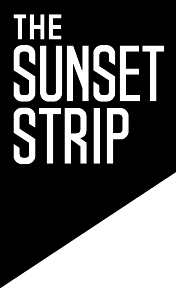 Bruce Silberman, president and CEO of Pyramid Parking Management, resigned abruptly near the end of a meeting at which members of the Sunset Strip business improvement district (BID), which the SSBA manages, questioned whether they are getting their money’s worth from the organization. Silberman moderated the board meeting in the absence of Mikeal Maglieri, its chairman.

“I am giving my resignation to the board. I have nothing to say. I’m done,” Silberman said during a meeting at which the board and members debated over whether to dissolve the SSBA and whether to dissolve the Sunset Strip Music Festival (SSMF). The SSMF is a separate organization controlled by the SSBA that has staged the annual rock music festival on the Sunset Strip whose losses have put the SSBA in a precarious position.

The organization is burdened with $1.7 million in debt, which includes a loan of $250,000 from Maglieri and $150,000 from the Nederlander Group, an event promotion firm that managed last year’s Sunset Strip Music Festival. Maglieri is owner of Whisky A Go Go, the famous rock club, and the Rainbow Bar & Grill. The SSBA and the SSMF jointly owe Nederlander $619,000 to cover its share of the loss in last year’s annual music festival.

Leslie Klinger, the lawyer for the SSBA, ran through several options for the board to consider. They include closing the SSBA for a year but not shutting down the business improvement district that the SSBA manages. Re-establishing a business improvement district would take time because it would require the agreement of businesses representing at least 51 percent of the revenue in the area. Under that option, businesses would not be assessed fees for one year and they could look at other options for managing the BID. Those options would include having the City of West Hollywood manage the security and cleaning services the SSBA now manages or having the WeHo Chamber of Commerce or Visit West Hollywood, the city’s visitor and tourism organization, manage marketing the street banners to advertisers for the BID. That advertising currently generates $349,000 in net revenue from the SSBA and is its largest revenue source other than fees assessed on members. Klinger also recommended closing, although not legally dissolving, the SSMF. He noted that Nederlander is the only debtor that executed a contract with the SSMF requiring that its debt be paid. Board members have discussed using a percentage of street banner revenue to pay off that debt.

Several speakers at the meeting raised concerns that paying Nederlander and not other vendors would hurt the reputation of Sunset Strip and its members among those vendors. Those vendors are owed a total of $436,225 for services they provided during the music festival. Among the larger are Show Imaging Inc., an event planning company, which is owed $112,903; Karmen Beck, who has worked as managing director of the music festival and is owed $80,055, and Staff Pro, an event staffing company, which is owed $64,192.

“How does it look from a public perception if a big corporation gets all the money and everyone else gets stiffed,” asked Brett Latteri, owner of the Den, a restaurant and lounge.

The West Hollywood City Council had postponed until its July 20 meeting a public hearing originally scheduled in June over whether to reauthorize the BID for another year. Laura Minnich, the city’s economic development analyst, raised the option of postponing that hearing until Aug. 17 to allow a city contractor to finish an audit of the SSBA and to give its board members more time to discuss options among themselves and with City Council members.