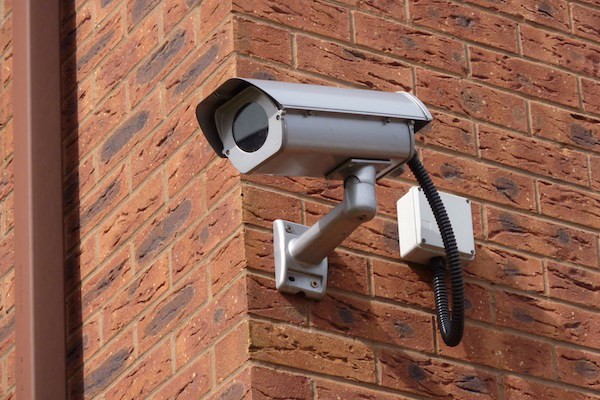 But the Commission also acknowledged concerns about the possible misuse of videos of people in public places and emphasized that guidelines need to be established for who can have access to those videos, how they can be used and how long they can be retained.

“Early on in our history it made lot of sense to be very leery of cameras in public places, seeing who was going into gay bars and so on,” said Commissioner Ruth Williams. “But that was 30 years ago and times have changed.”

Commissioner Shawn Hoffman supported the request to ask the Council to consider the addition of cameras, saying he believed it would help law enforcement identify people who attack others on the street. But more important, Hoffman said, are measures to prevent attacks such as increased foot patrols. “They are an after-the-fact item,” he said of public security cameras. “I want prevention. I want more boots on the ground.”  Hoffman also said he shared concerns that have been raised by the American Civil Liberties Union about possible invasions of privacy and misuse of information gather by the cameras. Various studies also have shown closed circuit television to have only a minor effect on crime reduction in areas other than parking structures and public parking lots.

In discussing the recommendation, commissioners cited the May 24 attack on Kirk Doffing, a West Hollywood resident who was attacked on the street near Rage, the gay bar, and ended up for weeks in a medically induced coma. That attack inspired nearly 50 people to attend last month’s Commission meeting, demanding that the city do something to improve public safety and find Doffing’s attacker. Commissioner Marcy Norton noted that many of those who attended that hearing were from outside West Hollywood and cited public cameras in their neighborhoods as effective in reducing crime. The attack on Doffing and reports of other attacks also led Mayor Lindsey Horvath to host a public discussion on those issues on Saturday with Capt. Gary Honings, who heads the West Hollywood Sheriff’s Station, and Lt. David Smith.

Commission Chairman Robert Burke noted that the City Council in years past has declined to install video cameras in public places, citing privacy concerns. Burke acknowledged that there must be a balance between concerns for public safety and concerns for privacy. But he said he believes such cameras would be effective in the gay nightlife area on the Westside and in areas on the city’s Eastside where residents have complained of crime by homeless people and transients.

The matter will be discussed by the Council at its July 20 meeting, when Horvath already plans to have on the agenda a proposal to install license plate reading cameras.

The Sheriff’s Station has reacted to the nightlife crime issue by putting four deputies on foot patrol six nights a week on the Westside and one night a week on the Eastside near Santa Monica Boulevard and La Brea. Previously the city had only one foot patrol consisting of two deputies. Lt. Smith told the Commissioners last night that the new foot patrol consists of deputies who work at the West Hollywood Station or have previously worked there and have a knowledge of the city.

On all counts (but one) I am strongly in favor of these cameras. Safety is now one of the bigger issues in weho. PROBLEM – as this is the metropolis for Gay Live in all of the Greater Los Angeles Area, I know for very you gay kids FIRST COMING OUT it is very difficult for them. Knowing they are being recorded on cameras goiing to Rage and other gay Nightlife, they may reconsider the implications of coming out. We have to remember. We LIVE IN OZ 24/7. I hope most everyone is comfortable and proud to be out and… Read more »

I have no problem with this. Security cameras in Hollywood have helped the authorities apprehend perpetrators. Of course, this isn’t prevention-based, but if people know that cameras are watching, they might think twice about what they are doing.

Since every bar, club and restaurant is always recording video of it’s patrons…..full privacy is unfortunately something that can no longer be expected in public spaces.