The coroner’s office today identified a man killed in a hit-and-run crash in Beverly Hills as 58-year-old Eliezer Malahi of West Hollywood. 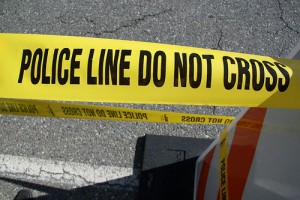 Malahi was killed about 10:55 p.m. Tuesday after getting out of his car in the 300 block of North Crescent Drive, between Wilshire and Santa Monica boulevards and being struck by as many as two vehicles, both of which left the scene, according to Beverly Hills police.

Officers called to the scene found him lying in the roadway, unconscious, and started CPR until paramedics arrived, Beverly Hills police Lt. Lincoln Hoshino said. Malahi was taken to a hospital, where he was pronounced dead, Hoshino said.

“Based on witness statements and video evidence, investigators believe that there are possibly two vehicles involved that struck the victim, who had just exited his vehicle when he was struck,” Hoshino said.

I’ve been hectoring my city of Beverly Hills to make street safety a priority for many years. And I’m not alone: other citizens’ efforts to focus official’s attention on speeding, crashes and problematic intersections simply fall on deaf ears. PI attorneys take note. Come nighttime, when all of our traffic cops have long departed for their far-off suburbs, Beverly Hills comes alive with reckless drivers. My 25 mph street – just steps from this block of Rexford – routinely sees speeds I estimate at 60mph. City Hall absolutely turns a blind eye to drag racing and the like. So it… Read more »

a friend lives across the street and heard the impact. said it’s something he’ll never forget.

Heartbreaking. I have a vision of the second driver reasoning that since the first one didn’t stop, they didn’t need to…and then the first driver glancing in their rear view mirror and reasoning the same. Sick sociopaths everywhere you turn.