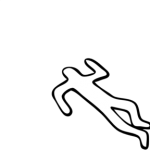 An apparently homeless African-American man was found dead in West Hollywood Park this morning. The West Hollywood Sheriff’s station said he was found around 7:30 a.m. and the cause of death is not yet know. It is under investigation by the Sheriff’s Department’s Homicide Bureau

A similar incident occurred in the park in February.

I greatest crime that most people commit is the refusal to exercise their own god-given free will! Choices & Responsibility

We need to help these people, many of whom are mentally ill and in need of assistance. Yesterday, there was a man laid out asleep in front of CVS — not on the sidewalk, but in front of the door to enter the store. Its a tragic disheartening site that must be addressed on a civil and institutional level. The few quarters or occasional dollar I hand over doesnt do a thing for these folks. Step up, Mayor’s Office, City Council. Make a difference.

That’s a pretty rude and generalized statement “Mr. Jonas”. There are many reasons why someone can’t leave a particular area. Family, health, disability, doctors, access to transportation, MONEY. And if you haven’t looked at rental prices…$1200-$1300 is the going rate for a studio in the valley. Your “oh so simple” solution is so easy for you to proclaim from you condo when you’re probably healthy, have family or a support system and the ability to make money. A LOT of people aren’t quite as fortunate as you. Excuse us for breathing the same air.

@SaveWeho Sounds like you’re using a tragedy to push an agenda on housing. The truth is most homeless in West Hollywood are battling mental health issues. They need help, outreach, and support – Not just a cheap studio apartment.

Mr. Save Weho, to answer your question. When rent is too high, you move somewhere else. Problem solved. Really though. There’s an element of arrogance for someone who thinks they’re too good for somewhere like the valley.

Tom, many of us feel deeply about this person who gave up and lost his life. Starting with compassion is implied if not stated. Everyone that is homeless, suffering as a consequence of mental illness needs help now. The time frame for when the Federal Govt. or Veteran Affairs assistance is too far afield. In war years folks in England gave over their homes to help the wounded, sick or displaced. They got into the thick of it established the Red Cross, Local Auxilliaries and whatever. It worked then because they were not saddled with huge bureaucracies. What is keeping… Read more »

….and yet not one response to the dead man. May his soul rest in peace. It starts with compassion first.

SE, LYNN , and CHRISTOPHER: You are so right.

I have heard from so many of them , (yes I engage with them) that the streets are less scary than a night at PATH.

What is alarming is the cost of living and the disparity between rich and poor in this country and, specifically, in Los Angeles. It breaks my heart more than it scares me to see so many homeless in West Hollywood, but they are smart to come to a liberal, wealthy, pedestrian-friendly part of the city to try and get some spare change. Until our country gets wise on funding mental health and transitional housing while people get treatment, this is only going to get worse. And if you’re mentally ill and unable to get treatment, it is only natural to… Read more »

It would seem that WeHo is small and agile enough to solve this problem in our own community. It takes city and public will to be humane enough to get their hands dirty in cleaning up a messy problem. Homeless folks are beyond crafting their own solution. If the public complains that they don’t want activities dedicated to effecting solutions in their own neighborhood we will never overcome this. Let’s take the best ideas of various cities and implement our own case study in temporarily available locations. Let’s get our hands dirty to get our hands clean.

This is a nationwide crisis, and it would be refreshing to hear some of the Presidential candidates addressing it with more vigor–or any vigor for that matter.