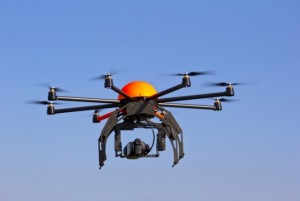 UPDATE: Power was restored to Southern California Edison customers in West Hollywood by about 5:45 p.m. according to a SoCal Edison spokesman.

A power outage, possibly caused by a drone, knocked out electrical service to nearly 200 Southern California Edison
customers in West Hollywood this afternoon.

Preliminary information indicated a drone had struck some of the utility’s equipment in the area, Song said. Power wasn’t expected to be restored until about 10 p.m., he said.

Well since many people own drones, accidents happen and will happen. It is just a common thing. Many flyers means many accidents. Now it is an idea that only certified flyers could direct drones, but I don’t think that will limit the amount of accidents. This drone that caused that could have been self-built. It could have also been caused by experienced flyer who was a little bit uncareful or just trying new things. What I am saying is that new legislation which is being proposed will only limit the amount of people owning a drone, but it will not… Read more »

I am very much in favor of RESPONSIBLE drone use. But let’s start with the general misunderstanding about civilian drones. The term refers to aircraft which are piloted remotely. There are 3 types: 1: Recreational ‘drones’: These have been around for decades under a different name. Think of remote controlled toy airplanes and helicopters. They are basically the same thing with a cool new name. Most of these are little more than cheap toys (100+). Since cameras are cheap, many now have them and relay the video back to control devices, live. Unfortunately, video and sensor technology gives ‘pilots’ a… Read more »