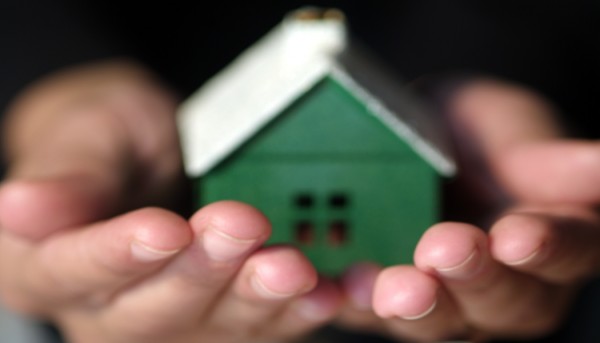 The West Hollywood City Council last night instructed city staffers to look into whether the city could or should give renters a right of first refusal when a landlord wants to sell their home.

The item was proposed by Councilmember Lauren Meister, who has acknowledged that the idea might not win support from renters and property owners and that it might be difficult to implement. Nevertheless, Meister says, it will spark a discussion about ways to deal with the city’s shortage of affordable housing.

Similar programs have been established in Washington, D.C., and Santa Monica. The City of Los Angeles investigated the possibility of adopting such a program but did not do so.

Washington’s program, known as the Tenant Opportunity to Purchase Act (TOPA), was adopted in 1980. It requires a residential business owner to give tenants an opportunity to purchase the property they live in before the owner demolishes the building or removes it from the residential market.

In her proposal, Meister noted that from 1986 through 2014, 684 apartments in 161 buildings were removed from the West Hollywood housing market under the Ellis Act, a state law that allows a building owner to evict tenants if he decides to get out of the rental housing business. In a number of instances those buildings have been demolished and replaced by others.

The proposal passed in a four to one vote with City Councilmember John Duran voting against it.

@ John Q. As a property owner…my property is just that…mine..not the City of West Hollywood’s to dictate to me what offer I should entertain first above all others. Period.

kathy..lol, you will have a mortgage and more expenses then you can realize or control. as a renter you can predict the monthly payment, as an owner keep extra money around for fixing almost everything…including a monthly homeowners dues on top of your mortgage and property taxes!

This is a great idea thank you council member Meister. Paying rent year after year and hoping to never pay rent again!

I’m sure the landlords will trade a right of first refusal in exchange to ending rent stabilization on new units. Maybe thats the direction.

This conversation at its root is pitched as a way to help with affordable housing. But in reality rental units are off the market and new affordable housing do not get built. Im surprised that there are only 680 people Ellised over 30 years. Less than 20 people a year. Many more have been the beneficiary of new affordable housing units. I’m reminded of the battle on Laurel over that building and lawsuit when Allegra Allison sued the city to stop affordable housing that was being proposed. Ms. Allison ‘squatted’ on that property for 2 yeas. Allison also works for… Read more »

While commenting on this proposal Monday evening, Stephanie Harker, Council Member’s Commissioner for Rent Stabilization, alluded to a current property owner in Weho who acquired their property in the proposed manner. Perhaps Councilmember Meister is privy to this property and its owner(s) and if so wouldn’t it be reasonable to present this as a bona fide example so folks could actually see how it works and determine the benefits and/or liabilities? If so theneed to allocate funds to research the prospect might have been premature if we have a veritable case study? If there are real facts rather than here… Read more »

The subtext of this proposal by Lauren Meister and her last proposal to limit chain stores with more than 12 locations both have the same effect of making it more difficult for any development to take place. In her proposal 3 weeks ago to limit chain stores that would have the effect of hurting the ‘financing’ of commercial properties. This proposal also has the same effect of delaying or putting strings on the ‘financing’ of residential properties. That’s what is really going on here.

@Q Public, Im not the one above who questioned the voting record on this issue. But I am a licensed real estate and have plenty of knowledge about real estate transactions. I think the comments speak for themselves. And even you mr public.. no real name, if you are a renter you have no idea about the costs of owning. And no.. nowhere did i say i own a bunch of properties where do you get your facts from. I own my house and a vacation rental in palm springs.. they are called homes or va. And Mr. Public I… Read more »

All great points Larry! The rental market is changing fast and not in the favor of most people. My bldg. is for sale, I will most likely have to leave WeHo when it is sold and most likely demolished (been living here for almost 20 yrs, but it’s getting too $$$$)! It saddens me.

John Duran did not vote “No” he abstained. @Larry Block, where do you get your information? You make many rash generalizations and broad accusations about the Mayor Pro Tem and this Item, with seemingly nothing to back it up but your opinions. Are there actual sources or surveys of what “most seniors” think? You state “Then upon the sale create an unfair below market value of the building. Its better and more affordable for all to stay in their rent stabilized unit than absorb the cost of owning.” What are you basing that on? Why would it create an unfair… Read more »

Everyday I wake up in my $631 apartment that I’ve lived for 47 years I thank god for all that I’ve been able to save and for the travel and freedom I have been able to live. The current market rents are $3000 plus for my 2 bedroom. If the owner sold this building (its been in their family for years and years) I am sure that my share of the property taxes would be more than my rent. Because of rent stabilization I have been able to save more money than I ever expected. Reading about this article made… Read more »

There was no free market economy in 2008 when the Federal Government intervened and used our tax dollars to “save” financial institutions from utter ruin because they were too big to fail. BARF ! ! !