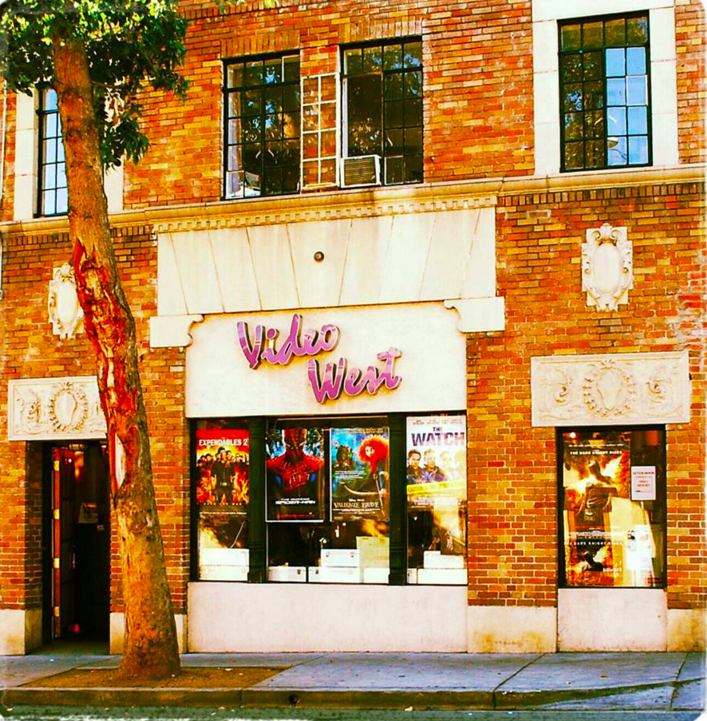 West Hollywood’s oldest and only video rental store is closing.

Claudia Flores confirmed to WEHOville today that Video West, which opened its doors in 1984, soon will close. Flores said an exact closing date has not been confirmed.

Video West is located at 805 Larrabee St. just north of Santa Monica Boulevard. Since its opening it has been known for its broad range of video rentals and especially for its large selection of gay-themed videos, including some that would be considered adult in nature. However in this digital era when videos can be streamed on the Internet through services such as Hulu and Netflix, video rental stores have found it hard to survive.

“We’ve very sad about this,” Flores said. “Technology has really killed us.”

Flores said she was especially disappointed for her employees, who have had long tenures and were told of the closing yesterday. “They have been there forever. That’s very disappointing,” she said. “And the closing is going to hurt the community. We were one of the only real gay stores.”

Flores said she hopes to move her business upstairs into a space from which she will sell her video stock rather than rent it. Currently Video West videos are available on both Amazon and eBay.

The closing is the latest in a number of actual and rumored changes in the neighborhood on the west end of Santa Monica Boulevard known as Boystown. Larry Block, owner of The Block Party, a gay clothing store, has been in continual negotiations with Larrabee Ventures, his landlord and that of Video West, over its plans to raise his rent and bring in another tenant. Cooley’s, the proposed gastropub on the south side of Santa Monica Boulevard east of Robertson, is rumored to be up for sale after the lengthy battle fought by owner David Cooley to get special city permission to add amenities such as outdoor dining to its front and rear. Lisa Vanderpump, owner of P.U.M.P. on the corner of Santa Monica and Robertson is rumored to be negotiating for that space. And Cooley is said to be negotiating the purchase of Here Lounge, which sits adjacent to The Abbey on Robertson Boulevard. WEHOville has been unable to confirm any of these rumors, which are the talk of that neighborhood.

So sorry to hear. I know Spudic’s Movie Empire still sells online. What other video stores are left?

Well said @SE and @DiscoDan. The times they are a changin’

Video West was the first place I rented video’;s from when I moved here in ’94. They had so many indie films that no other store had. It was always fun to see the porn stars of the day in the back, making sure their video box had the best placement. I made several friends there over the years, but honestly, I can’t remember the last time I rented or needed to rent a movie. Everything is available at my fingertips. I am shocked they lasted as long as they did. It is sad to see them go. What a… Read more »

The closing of Video West is sad but not unexpected in this digital age. I have patronized them for many, many years but in the last few, have turned to the Internet (including You Tube). Many may not recall that before Video West, a store by the name of Sidestreet occupied this site. Thanks Video West for your contributions to the community.

Dear Claudia, We, me, us, an entire city will miss you very much. Thanks for your loyalty and service to the community. I would like to use this opportunity to answer the questions so many ask everyday about Block Party. Our lease expired over a year ago at the end of September 2014. At that point I asked for a 6 month extension through the March election in which I was a candidate. We were prepared to exit at the end of March, sold off our mannequins and almost all product. With one week to go the landlord made an… Read more »

Please keep us posted if you get any info on these spaces. Thanks!

A true end of an era. Hopefully Book Soup won’t be next. Gone are the days of going to the video store, book store, or record store to sift through the titles on a lazy afternoon, either alone or with someone. That was so much more interesting than passing the time sifting through the pictures on various apps.