Amazon sees them as a future way to quickly deliver products to its customers with no traffic delays. In Japan they have been used for years to deliver pesticides and fertilizer to steep hillside fields. And the Orangutan Conservancy uses them to track those endangered animals in Sumatra and Borneo. 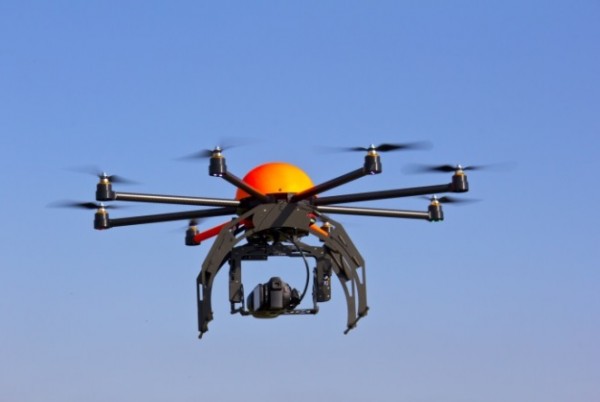 But in West Hollywood the drone is best known for a crash into a power line on Sunset Boulevard at Larrabee Street in October that left hundreds of residents without electricity. Then there’s the drone that a local resident, speaking before the City Council, said he feared took too close at look at him while he relaxed on his apartment balcony less than fully dressed. And there’s the one that surprised residents of the French Hill Apartments on Olive Street when it landed in their pool.

The West Hollywood City Council will be asked on Monday to join the federal and state governments in enacting measures to regulate so-called “unmanned aircraft systems.” The measure, brought forward by City Councilmember Lauren Meister, would:

The Federal Aviation Administration is expected next year to begin imposing requirements authorized under a federal law adopted in xxxx that would set a maximum speed of 100 mph and a maximum altitude of 500 feet on drones. In addition, the proposed FAA rules would allow drone flights only during the day time, bar them from flying over people not involved with them and require testing and a Transportation Security Administration screening of drone operators, who would have to be at least 17.
In her proposal to the Council, Meister notes that certain issues aren’t addressed by state and federal law. They include invasion of privacy (which is addressed by state law only in incidents over privately owned land). Also, her proposal would require drones to be identified with a unique registration number to identify the drone operators.

The item is on the consent agenda for the Council’s meeting on Monday, which means it will be passed without discussion unless a council member asks that it be removed for discussion. The Council will meet at 6:30 p.m. at 625 N. San Vicente Blvd., south of Santa Monica.

Today a drone just missed hitting a World Class slalom skier in a race, hitting the gate he just passed through. Nice!

Thank you Zam for an excellent rebuttal.

Respectfully, this is why she is better as an advocate on behalf of West Hollywood West than as a Councilmember. Hopefully, her proposed legislation won’t be shot down given her conflicts of interest.

There are few things better and more important things for the council to do than impose some rules about these very intrusive things. They’d be remiss in their duties if they didn’t.

Here’s an article about the FAA registration requirement.

This law is redundant and the author is uninformed. Yet another example of technophobia and uninformed journalism: 1: the FAA announced a drone registration requirement earlier this week along with other items. This renders the first bullet point and later information redundant and inaccurate respectively. 2: Interference with manned aircraft is already illegal and falls under the umbrella of the FAA. 3: 25ft of another person… In such a densly packed city, that’s not possible. 3: the privacy rules already exist for when in your home and even schools. They apply to all situations, including drones. There is no reasonable… Read more »

Do we really want to see hundreds of these creepy things flying through the air every day, or every time we look out our windows? This will dramatically ruin the look of our world like nothing ever has before.

The happiest day for a WeHo City Councilperson is to be able to ban something. This will fly through the approval process. (forgive the pun)

Oops.. FAA will never be able to control their concept…..

Our overly obsessive culture of “gotta have it now” is in reality a culture of addicts. Amazon, the chief offender and many others willingly feed the supply lines. If one doesn’t have a license they shouldn’t be flying anything, even remotely, like drones, period.

The FAA is way behind the curve with their proposed requirements and will never be able to co trip their concept. A blanket NO should be the answer. Lauren Meister is just the person to dig into this issue and not let it rest.