For best supporting actor in a farce, the Oscar goes to City Attorney Mike Jenkins in his brilliant performance in so convincingly announcing that West Hollywood was shelling out half a million dollars to Ian Owens even though there was no proof of wrong doing on the part of the city. Jenkins’ ability to pull off that scene with a straight face was surely the performance of the season. 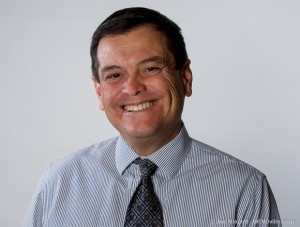 Although our City Attorney was under no obligation to announce anything other than the city admitted no fault on the part of itself or Councilmember John Duran in regard to the settlement of former council deputy Ian Owens, Jenkins went on to valiantly convince the public that this was actually true. After all, the city’s “investigation” into the sexual allegations did not corroborate Mr. Owen’s allegations.

But of course the investigation would not. This was simply a case of “he said; he said”. Based upon that situation the city had no obligation to give Owens’s allegations any greater weight than those of John Duran’s. But if the case went to trial, a jury could make such a determination. The jury, weighing the credibility of the witnesses, could determine if the allegations of hostile work environment were in fact true.

Frankly, a cool half a million is not bad for a non-physical sexual harassment claim. Owens’s attorneys probably felt they might not have done much better at trial. On the other hand, aside from the costs of litigation, the City’s main concern was to avert a trial. Having all the dirty laundry of City Hall’s third floor would have had tremendous collateral damage. Clearly Fran Solomon’s campaigning at City Hall on behalf of her boss, John Heilman, would have been given greater scrutiny than the issue was given during the city’s “investigation”. The city’s already tarnished reputation would be blacken.

But for all the spin that we’ve heard and will continue to hear, the bottom line is that Ian Owens and his attorney are $500,000 richer. Of course that does not count another couple of hundred thousand for reimbursement of the Duran’s defense attorneys, which brings the total damages to about three quarters of a million dollars. That would buy a lot of taxi coupons.

As Ian Owens’s attorney stated, half a mill is a lot to settle a claim that the city says has no merit. He also pointed out that Duran had to approve the settlement. If I was John Duran, I would have demanded that the case go to trial in order to be vindicated from these false allegations. Why should sitting Council members be targets of extortion by predatory employees? The city would have an obligation to defend his honor and its’ own credibility.

Of course that is not the choice John Duran or the city made.

Steve Martin has been bitter ever sense he was ousted from the City Council in a passed election. I recall one reason but Henry recalls another so no reason is provided us. This whole thing about how John Duran hired Owens, a friend at the time, has no relevance as to how they met. The entire issue was Owens was caught spying on another Council Members Deputy and was suspended. Another Deputy, John Di Amico’s, was thought to have had something to do with Owens actions since she was also at odds with John Hellman’s Deputy. Only after the deputy… Read more »

with respect, why do mr. martin’s columns always have a stank of bitterness? just a tad, maybe? i had the pleasure of meeting him once in the lead up to a city election where he was one of many candidates, most not nearly as qualified as he. someone in our coffee group suggested that he would benefit from seeing some of those fringe candidates drop out. rather than respond that it made sense, he took the politically correct position along the lines of ‘the more the merrier’. it was a kind thought but for a guy that missed out on… Read more »

To both Chris Sanger and Mike Dolan you both seem to miss the point here. Read this thread.. Read what the public opinion is. You’re both trying to insert this idea that many are not at peace with what happened and Mr Duran’s behavior is acceptable and he deserves the privilege to serve the people of #weho anymore. Also look on the FB comment as well. This is how Democracy works. The citizens have the right to express their views and hold their elected officials accountable

When a person is concerned about one big unproven problem; to apply answers to entirely other erroneous or perceived problems or people that are not connected to the main concern is the scapegoat machine in full action. I believe the fingers are pointed in the wrong direction.

All these allegation’s only serve to thicken-the-soup further hurting the reputations of our City. It’s time to move past this!

We don’t publish comments that contain obscene words or allege unproven improper, and possibly illegal, activity, which would subject both you and WEHOville to a suit for libel.

@Chris: Believe me when I tell you, that (and a LOT more) would have come up had he been in the top 2 race for Supervisor! Things just didn’t to that point.

It is of interest that the LATimes 2 yrs ago interviewed all the candidates for LA Co Supervisor, looked at their careers/public record and how they sounded face to face and then endorsed him over Sheila Kuehnl and Bobby Shriver. So they saw what we have seen in WeHo – and otherwise smart, serious, well-informed, conscientious public servant apart from the lapse of not telling HR about his brief earlier contact with Owens (himself separately seemingly well qualified for the job), Also of interest is that had he been elected, none of this likely would never have come up.

To answer the question of who on Council voted for this Duran/Owens settlement: They all did, with Duran recusing himself, as one credible Council member has noted. And please note: Any e-mail sent to Duran’s City address is returned with an auto-reply saying he will be away from Feb. 26 through March 8, conveniently one day after the next Council meeting.

there needs to be a top to bottom investigation, by either the District Attorney of LA County or someone at the state level. This activity took place 3 feet from the city manager and I cannot believe he didn’t know what was going on. Is there an email chain? How many people applied for Owen’s position that didn’t get it because they didn’t sleep with Duran? There is a lot more to this story and a lot of heads should roll – Duran’s first.

@Shawn: It’s because (as Steve has said before) Duran does NOT think he needs to follow the same rules as the rest of us. The City has done nothing but enable his way of thinking. The constant praise of his sanctimonious, self-righteous, self-serving Facebook posts has deluded him into thinking he’s beloved by all. So therefore he can just do whatever the hell he wants with no consequence.

WHAT DO YOU EXPECT WEST HOLLYWOOD

Shawn – you are right. Hiring Owens (who does seem to have been otherwise qualified) after they met in a hook up (the Grnidr part is irrelevant, no different than had they met at a bar) and not telling HR to this point remains the sole known bad decision he or anyone on the council made. The rest is speculation and likely mostly inaccurate, par for the course among comments here. Owens turned on Duran and the council only after he and the other deputies were going to have their positions eliminated. He found a way to make some quick… Read more »