The West Hollywood City Council has made its decision on the minimum wage, a decision that might be made moot by a decision soon by the state legislature. But that hasn’t stopped supporters of a city minimum wage increase from reacting angrily to the Council’s decision to moderate the original proposal by Mayor Lindsey Horvath. 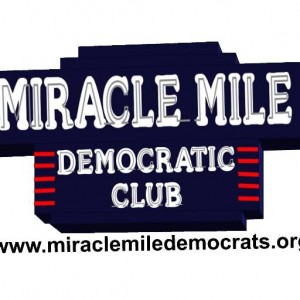 The Miracle Mile Democratic Club is asking its members and others to sign a petition objecting to the decision by council members John D’Amico, John Duran and Lauren Meister to vote against Horvath’s proposal, which was supported only by Councilmember John Heilman.

“The Miracle Mile Democratic Club is deeply disappointed in the actions of Mayor Pro Tem Lauren Meister, Councilmember John D’Amico, and Councilmember John Duran in opposing this essential component of building a more equal society,” the club, using the honorific title for Meister, in a message to its members.

On the other hand, the club said it “thanks Mayor Lindsey Horvath and Councilmember John Heilman for their passionate advocacy in favor of the $15 minimum wage in the City of West Hollywood. We also thank UNITE HERE Local 11, Los Angeles Mayor Eric Garcetti, Joe Guardarrama, and Sandra Fluke for speaking in favor of the minimum wage increase.”

It rejected that proposal and accepted a counter proposal by D’Amico that would raise the minimum wage to $12 on July 1, 2017, for businesses with 26 or more employees. For businesses with 25 or fewer employees and for non-profit organizations, the increase would go into effect in 2018. After 2020, future increases would be tied to the Consumer Price Index.

D’Amico, Duran and Meister said they were concerned that about a possible negative impact of quickly imposing the minimum increase on the city’s smaller businesses such as restaurants and bars.

On Monday, Gov. Jerry Brown on Monday joined legislative and labor leaders in supporting an increase in the state’s minimum wage to $15 an hour by January 2022. That proposal would delay increases for businesses with fewer than 25 employees. If adopted, the minimum wage likely would increase to $10.50 next year, $11 in 2018 and then by an additional dollar each year through 2022. The governor would be able the option to suspend hikes if the state faces economic problem. The state minimum wage increase would override that adopted by the city.

In its message, the club said that Meister was reversing her previous support for the more rapid minimum wage increase. As evidence it cited her statement on a questionnaire sent to her by the club. Howeveer, the statement, “…if Los Angeles raises its minimum wage, West Hollywood businesses will have to follow to remain competitive,” does not specify exactly how and when Meister believed an increase would be necessary.

The group also said it was happy it support Sheila Kuehl in her successful race for L.A. County Supervisor over Duran. ” The Club is pleased that our endorsed candidate in that race, now-Supervisor Sheila Kuehl, recently voted for a countywide $15 minimum wage and sent a letter in support of the West Hollywood minimum wage increase. We made the correct decision for our endorsement.”

In all fairness to Larry Block let’s stay on topic and NOT engage in personal attacks! Though I take serious issue with Larry Block’s faith in the virtues of capitalism, he has on many times taken the moral high road by stand by many oppressed groups of people when he could have easily gained mainstream popular support by simply joining in on the scapegoating. Where many politicians have made highly successful careers simply by promoting islamophobia, Larry Block took the courageous position in a very dangerous time to have none of it! Though I can easily provide solid evidence that… Read more »

Dear Mike, council meetings are taped, please find the information you refer too and post it here. Otherwise check your perception button. Ive never had a labor board issue or unemployment claim. So perhaps you didn’t hear correctly. I’ve never hired anybody under the minimum wage, that would be ridiculous. Also, I’ve got many of the same faces working for over 5 years, at least 3 people. They are loyal for a reason besides the paycheck.

You have no grounds to argue on this subject. You admitted in late 2014 in a council meeting that you don’t pay your workers the current minimum wage…that is deeply troubling. If you need to be reminded, we can post the link the the council video here.

Despite the angry misinformation campaign of republican politicians and their corporate backers, now fourteen states enacted raises to the minimum wage at the beginning of this year, following in the footsteps of progressive West coast cities like Seattle and Los Angeles. Seattle’s minimum wage as of January 1 is $13-an-hour for large companies of 500 or more employees, and $12 for smaller companies – and there has been substantial overall job growth in the one extremely wage sensitive sector: the restaurant/service industry. The wage increases have failed to derail the job market as predicted by pro-business fanatic republicans – quite… Read more »

Not sure why the Miracle Mile Democratic Club is getting involved in our local minimum wage issues. The only debate regarding the minimum wage in our local economy that is heavily weighted to restaurants and bars.. was not if it should go up, but if tipped workers, often making over $1000 a week as a bartender or waiter, should also have to pay the higher base minimum wage. Today…a neighbor and I broke it down in terms of Pizza. The rent is $10,000 a month. Thats about 333$ per day, w 14 hour days about $24 per hour. 2 employees… Read more »

Please stop with your spin. The fact is Lauren, Duran and D’Amico misrepresented their views to many people and organizations during the last election cycles. If we can’t trust them to keep their word on this issue, how should we expect to trust them on future city issues?

P.S. Actually, we are Los Angeles. LA County is made up of 88 cities. Our interests are best served when we act as a region, not mindless isolationists.

This myopic idea of having “fought hard for our independence” is like claiming that having carved out a Country Club is heroic.WeHo is falling into the rabbit hole of gay men in “recovery” allied with Pump/Sur women, all of whom feel afraid and safe from where they have fled. West Hollywood should be voluntarily voting to annex into the City of LA before WeHo becomes a prissy white enclave. Recent comments on 80% of WeHo workers not living here and therefore not needing a raise since they live in less expensive areas of the County are racist. Who are we;… Read more »

Regardless of where you stand on the issue one thing should be absolutely clear. West Hollywood is NOT Los Angeles. We fought hard for our independence recognizing that we were a unique community. It is for West Hollywood to decide these issues for West Hollywood. That is at the very core of our cityhood. We would neither encourage nor welcome interference from groups outside our city on almost any other issue. Let’s remember who we are…and why.

A little known fact is that Seattle’s ordinance exempted any businesses that are 500 employees or less, using the federal definition of a “small” business — so of course you see no fall-out and that restaurants are booming! How many restaurants do you know that have 500 employees? The “evidence” does NOT show that this will help the economy or create jobs. Studies will skew to what is needed. The LAEDC study revealed that “many prices will increase, wages will rise for those still employed, employment opportunities for the bottom of the ladder will disappear, will have little impact on… Read more »

Conservatives enjoy using small businesses (their true love is with their BIG Business buddies in no bid contracts for imperialist wars) as their major talking point on why the minimum wage should not be raised to $15. Supposedly a fair living wage will result in business failures and job loss. In Seattle, where the increase has already passed, the truth can dispel this baseless rhetoric. Restaurant owners in the state, who originally feared that the wage hike would hurt their business are now strongly convinced that it has only made a positive impact. This is logical, as now more working… Read more »

What happend to WeHo???

We used to be the leader in taking action protecting people living on the lowest economic level, in a world that devalues a hard days work to an unlivable hourly rate that is unlivable.