The West Hollywood City Council last night declined to endorse specific proposals presented by Councilmember Lauren Meister to support small businesses. However it agreed that the city should form a task force that includes owners of small businesses to evaluate Meister’s proposals and seek out other ideas. 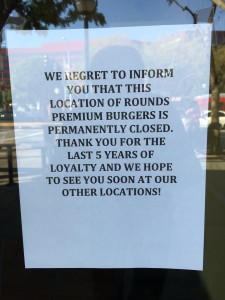 Elements of her proposal included having the city develop a “commercial vacancy registry program.” That program would establish a registry for vacant and abandoned storefronts and commercial properties. A count of vacant storefronts prepared by Meister shows 10% are currently vacant, with vacancies as high as 17.6% on Doheny Drive and 16.9% on Melrose Avenue. Councilmembers John Duran and John Heilman questioned the usefulness of such a registry, noting that those looking for space to open a small business likely would contact a commercial real estate agent.

The proposal also would have required property owners to pay a maintenance fee if they aren’t already maintaining the empty property. And it would have landlords to put art or movie posters in the windows of storefronts vacant for more than 30 days. That aspect drew opposition from Council members who said the city would be forcing building owners to “speak” via such posters.

Meister also proposed the city establish a special review process for new “formula retail” or chain store properties. An effort by Meister to restrict formula retail stores in West Hollywood was rejected in September, with opponents including the Chamber of Commerce.

Faced with opposition to the specific suggestions, D’Amico moved that the city reach out to commercial property owners and small businesses to identify a diverse group to form a task force that would report back with a evaluation of Meister’s proposals and other ideas within six to nine months.

seems the best way to make money in weho is to become a secretary to one of the council people and then sue their pants off! It worked for Ian Owens and it’s working for Michele Rex and Frannie Sollomon.

It also reeks of big government. Stop trying to ban everything, regulate everything and big brother-the-hell-out of everything. Trying to get “your right kinda store” is going to mean nada if crime deters people from shopping and eating here, limited parking makes it hard to shop in our stores and the homeless camped out in front of storefronts don’t exactly foster our City as a shopping destination. Work on the real problems.

That seems to be a pattern….task forces that have 6-9 months to report back…when everybody has forgotten what the question was.