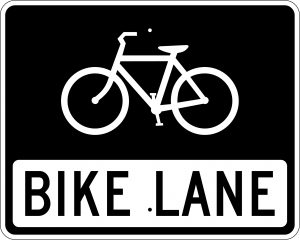 West Hollywood will celebrate the completion of new bicycle lanes on Fairfax Avenue with a ribbon-cutting ceremony and inaugural bike ride on Thursday.

It will begin at 11 a.m. at Hollywood Electrics, 901 Fairfax Ave. near Willoughby. The ceremony will mark the opening of a continuous link between Hollywood Boulevard and Melrose Avenue for cyclists traveling in both directions along Fairfax Avenue. After the ceremony, at 11:30 a.m., the West Hollywood Bicycle Coalition will lead a “loop ride” on the new lanes.

The event will also provide an opportunity for a preview demonstration of the city’s upcoming bike share program, WeHo Pedals, which is scheduled to launch this Summer. The program and the demonstration will be operated by CycleHop,LLC. Users will be able to find bike share bicycles near transit stops, businesses and other major destinations within the City of West Hollywood. The system will also be linked to the Westside Regional Bike Share program, which includes the cities of Santa Monica and Beverly Hills, and will provide combined access to more than 1,000 bikes.

Randy, I was with you until you stated that “pedestrians see a few inconsiderate cyclists”……I would disagree that there are only a “few”. Also, your example of urban Japan, were there is absolute bicycle chaos and it is common for cyclists to use sidewalks not roads, is not something we should emulate. I’m gad you didn’t use Amsterdam (as many do) as another good example of urban bicycling. I’ve been to Amsterdam and it’s AWFUL there. It’s a nightmare as a pedestrian to negotiate between the surface trolleys, the cars and the bicyclists simultaneously smoking cigarettes and talking on the… Read more »

Because it is important to obtain our maximum inhalation of auto emissions, we create bike lanes in major thoroughfares where the toxic fumes are the strongest. Fairfax going north is especially good for our children as they have to peddle harder to go uphill, and thus, they have to inhale much more deeply so that they can make certain the particulate matter lodges deeply in their lungs. Removing travel lanes for cars on Fairfax also is a big help during rush hours as then the traffic congestion maximizes the auto emissions so that there is enough toxicity for everyone to… Read more »

How convenient it has been for folks responsible for transportation, planning, and infrastructure to languish in their comfortable realm of politically enhanced theory without an ounce of logic, practicality or common sense. The objectives of LA and WeHo continue to be bigger, better, faster “adopt the trend of the era”. Outbuild the landscape because it will drive revenue through attracting tourism, advocate biking, dispensing with cars because it looks good in the marketing plans. Choke and ultimately destroy neighborhoods in the pursuit of an urban utopia. Chaos papered over by a glossy walkable, bikable concept. Where are the critical thinkers?… Read more »

Karen, thank you for your thoughtful comments, and responses. You said those things better than I ever could. I just wanted to back up some of your points, and make some of my own, as I ride my bike all over this city. Willoughby is indeed a pain, with all of the stop signs (and it is a designated “bike route”). But I usually go there during rush hour, for my own safety, as SMB is too narrow (and without bike lanes) in some parts, especially between Sweetzer and Fairfax. Cyclists need to remember that they lawfully need to stop… Read more »

@Manny, It’s true that not everyone follows the law, but it’s not unique to bikes, and no one is suggesting not allowing car lanes because of the scofflaws. If I recall correctly I heard that 1,000 tickets were issued in a single month in our tiny city for running red lights!! That’s just the ones that got caught. People drive drunk and I see people texting and driving all the time — though that results in so many deaths and is illegal. Unlike the conduct I list above, riding a bicycle on sidewalks is far less likely to seriously injure… Read more »

@ Lynn, One reason many cyclists don’t ride on side streets all the time is the same reason cars don’t drive 20 mph and on side streets instead of freeways for long trips — it’s way less efficient. Bikes are already a slower mode of transportation than cars since they depend on muscle power rather than fossil fuels. Do you voluntarily add lots of time to your commute? Also, may side streets have no safe way to traverse major intersections, since they don’t have lights. They’ve installed so many stop signs on Willoughby it’s an absurd “bike route” at this… Read more »

Thanks Karen, actually my concern was for a well thought out bike map strategy on dedicated streets other than main thoroughfares. I was not suggesting an arbitrary switch to streets such as Willoughby as I can appreciate the obvious issues with current conditions. Biking streets may have considerable speed bumps not affecting bikes but definitely discouraging cars. Many cars currently travel the side streets dealing w multiple stop signs as a preference to traffic on main arteries. Some of this obviously contributes to unintended chaos from folks exceeding speed limits while others may simply be interested in avoiding main routes… Read more »

Again we see this stupid idea of painting a white line in the street and calling it a Bike Lane. It’s no safer than if the bike riders and motor vehicles share the right lane. In fact it mandates the bike rider to cycle closer to the parked autos where drivers of those autos open their doors without looking into the path of the so called safe bike rider. As a former RTD / MTA Road Supervisor I can attest to the fact the one of the major causes of accidents I investigated were drivers of parked autos opening their… Read more »

Get rid of all on street parking from non residential streets. Simple. Cars parked cost everyone in public subsidies, traffic delays, danger to cars and cyclists, etc..

All arterial streets should be parking free – more room for cars, buses, trains (if we ever get them in WeHo), cyclists, sidewalk widening, etc..

@karen O’Keefe…..How about bike lanes serving to eliminating bicycles on sidewalks, not just “reduce” as you say. I often tell bicyclists, as they speed by me on the sidewalk, that they should be riding in the bike lane just a few feet away. That request never goes over very well. Considering how many bicyclists refuse to use bike lanes and, as in the case of San Vicente Blvd, how empty some bike lanes are, I can’t help to think that the construction of bike lanes is a boondoggle. But what I really want to think is that the construction of… Read more »

@Manny: you should see all the chicken cyclists on the Crescent Heights sidewalks. LOL. Mayhem central.

Whatever was wrong with the simple and safe idea of encouraging cyclists to travel east/west and north/south on neighborhood streets rather than main thoroughfares? Seems like it would be safe for the cyclist, not having to choke on exhaust fumes and quiet for the neighborhood. Why anyone would want to go head to head with cars, buses and other lunatic jaywalkers and skate boarders is beyond me. Squeezing lanes of traffic is also beyond comprehension. Just close your eyes and hope god the best. LOL. Wishfully thinking that folks will migrate to bikes is awfully wishful. Personally, I would like… Read more »

These bike lanes are a great addition to our city to make it easier to use a healthy, fun, and environmentally friendly mode of transportation. They’re a great win for cyclists for obvious reasons, for pedestrians because they will reduce the number of bikes on the sidewalks, and also cars by reducing conflicts where a single lane is shared by cars and bikes. We still have a long way to go to make this a bike friendly city, though. Despite many, many miles of roads — and many thousands of square feet devoted to car storage — in our 1.9… Read more »

And there goes our rush hour third lane. I’m all for Bicycle safety, but in a city with such congestion issues, surely removing lanes isn’t the answer? I often wonder why there seems to be a desire to combat traffic and congestion by reducing drive-able area. If we were building desired public transportation at the same rate we are reducing drive-able area (or slowing it down) that would be one thing, but were not. This is not NYC where there is a plethora of transportation options for people to take. This is exactly why so many millennials (and now everyone… Read more »