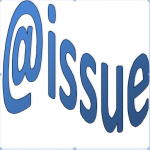 @issue is an occasional post of a story or research from a reputable source about another city and its development, affordable housing, homelessness, traffic or other issues that also are concerns for  West Hollywood. @issue is intended to generate discussion among WEHOville readers and to raise awareness among West Hollywood City Council members about how other cities are dealing with issues like ours

From the Los Angeles Times, July 26, 2016: “Multiple bills with the endorsement of (Gov. Jerry) Brown are moving through the Legislature to make it easier for homeowners to build small units on their properties, whether in their garages, as additions to existing homes or as new, freestanding structures.

“Los Angeles Mayor Eric Garcetti and other supporters hope the relaxed rules will spur backyard home building to combat a housing shortage that, by one estimate, leaves the state annually more than 100,000 new units behind what’s needed to keep pace with soaring home prices.”

Thanks Randy, it’s not that just I think that way, conscious folks that pause in the ever evolving scramble look at quality of life issues or anticipate the tipping point until it’s irreversible. In our era of immediacy there is little critical thinking. We could encourage that.

Ever Viligant, I get that *you* think that way. I moved to West Hollywood in 1999 partially because I like to live in a dense area, where there are lots of people, and lots of things going on. Where are the people currently living? I don’t know … some have to live deep into the valley, and drive into West Hollywood for what they want. Others are renting living rooms in the area, because they can’t afford anything on their own. It is quite a stretch to compare any of the Los Angeles area to Manhattan or Tokyo. I AM… Read more »

Randy , just how much density would you be happy with? If the people are already here, where are they currently living? On the park bench? Folks don’t come to California for the climate and then settle for stewing in a denser than dense atmosphere looking into each others windows approaching Manhattan and soon to be Tokyo. Relax, nonody wants to address the elephant in the room of WH and the world. Population! Do you get it?

Bring it on, please, in West Hollywood and Los Angeles. I’m sure NIMBYs will oppose this, like everything else. We need more density. The people are already here, and there’s not enough housing for them. Also, there are few single family home and duplex/triplex/fourplex properties in the City of West Hollywood. So this won’t increase density all that much.

I think that Mayor Meister is the only person so far who was able to do so. She singlehandedly worked with the City to write the code to allow for granny flats, under certain specific circumstances. Her lot was large enough and she built a unit for her parents, who have been happily West Hollywood residents ever since. I know that my lot would not qualify (I had a fantasy of converting my garage to a legal unit or adding a second floor above it), but I think it’s a terrific idea.

With the uncontrolled, unlimited and exaggerated property values in West Hollywood, there are fewer longterm home owners and fewer homeowners of any kind. Since the free enterprise values of our country don’t allow price fixing and the State has overruled local communities engaging in rental property limits, individuals who do own land should be able to increase the value and income of their property. It won’t change the density problem our city is confronting. But it seems to possibly helping individuals to pay their bills…something our city council and various boards don’t seem to care about in lieu of catering… Read more »