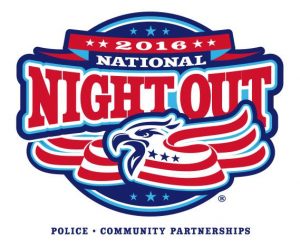 “Each year, I look forward to National Night Out. At block parties across West Hollywood, residents and surrounding businesses come together to celebrate their neighborhoods and to send a strong message that neighbors look out for one another,” Mayor Lauren Meister said. “It also gives folks an opportunity to meet the public safety personnel who work year-round to keep us safe, from our local sheriff’s station and our two L.A. County fire stations, to West Hollywood City Hall and numerous other agencies. It’s a fun event for kids and adults alike.”

National Night Out is a national campaign that involves citizens, law enforcement agencies, civic groups, businesses, neighborhood organizations, and local officials from more than 15,000 communities across the country.

As part of the city’s National Night Out events this year, there will be a free screening of “Inside Out ” at 8 p.m. at Plummer Park, 7377 Santa Monica Blvd. Community members are invited to bring a blanket or a lawn chair and enjoy a movie under the stars. The Gateway shopping plaza at Santa Monica Boulevard at La Brea is celebrating with special offers by some of its merchants. They include sample pita chips, hummus and chicken and gyro street pitas at Daphne’s, $5 coupons and goodie bags at GNC, food samples t Hot N’ Juicy, sub sandwich samples at Jersey Mikes, pizza samples at Pizza Press, and a variety of product samples at Starbucks and of food samples and crayons at Target.

There will be street closures during National Night Out from 4 11 p.m. and include the following locations:

What happened to the Norma Triangle National Night Out?

Where are the residents who live on these streets supposed to park during the event? Are we expected to just not go home? Not participate in the festivities?