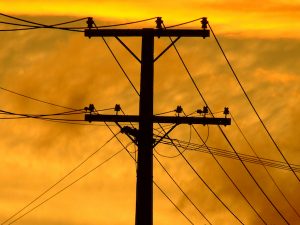 The City of West Hollywood is getting the word out about upcoming electrical utility upgrade work that will take place during the next several weeks on Robertson Boulevard between Santa Monica Boulevard and Melrose Avenue. The project has been contracted by Southern California Edison (SCE) and Time Warner/Charter Communications and will be completed by VCI Construction.

From today until the end of October, crews will work to install an underground electric utility system so that the power pole-based systems can be removed. This will help improve and modernize electrical utility systems and beautify the area in advance of upcoming improvements to West Hollywood Park.

Construction work is scheduled to minimize the impact to local businesses and residents and traffic flow. Work will be conducted during at night each week from Sunday night through Friday morning, from 10 p.m. to 6 a.m., and Robertson Boulevard will remain open to traffic. No work will take place on Friday or Saturday nights.

During the night, there will lanes will be closed on Robertson Boulevard; most work will take place in the parking lane and southbound lane, so there may be slight traffic delays. Businesses that are normally open at night will be accessible during construction.

During daytime, construction areas will be covered and plated to allow for full use of Robertson Boulevard.

Each day, contractors will post temporary no-parking signs in the vicinity of the construction area. The City of West Hollywood asks that everyone observe the dates and times on posted signs so that construction can proceed in a timely manner and reduce the impact on the community.

The California Public Utilities Commission sets policies for the conversion of power lines from overhead to underground. Southern California Edison supports such projects because of the substantial resulting aesthetic benefits to local communities. The West Hollywood City Council designated this section of Robertson Boulevard for this utility work, and the project is being done at no cost to the City of West Hollywood or property owners.

Yes!! I hope the city continues to move lines underground. It would be great to never see massive utility poles and wires cluttering the landscape. There are still too many places around town where the view looks just like the photo for this article (or worse.)
I hope Holloway and La Cienega are next. Thank you!