Below is the weekly crime report from the West Hollywood Sheriff’s Station that calls out incidents in WeHo from Aug. 8 to 14. The times are indicated in as Military Time, a concise form in which midnight is indicated as 0000 and noon as 1200. The list also includes the case number.

Aggravated Assault – Gun. Crescent Heights Boulevard/ Fountain Avenue. A man was driving southbound on Crescent Heights near Fountain Avenue when two shots were fired at his vehicle. The male driver was not injured. During the same time frame, two people were leaving a residence in the 900 block of Larrabee Street and noticed a vehicle on the street occupied by two men. A brief argument ensued, during which one of the suspects pointed a handgun at the two victims and threatened to kill them. Both suspects then returned to their car and drove away. The victims began to drive to the West Hollywood Sheriff’s station when the suspects stopped their vehicle and fired shots in the direction of the victim’s vehicle. #04613 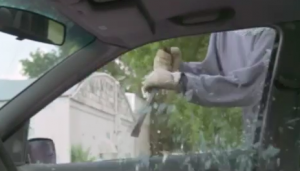 Aggravated Assault – Other Weapon / Suspect Arrested. 8700 block Dorrington Avenue. @ 0755. A parking enforcement employee was hit in the head with a plastic water bottle thrown by a man who was upset about a parking ticket. The suspect was arrested. #04642