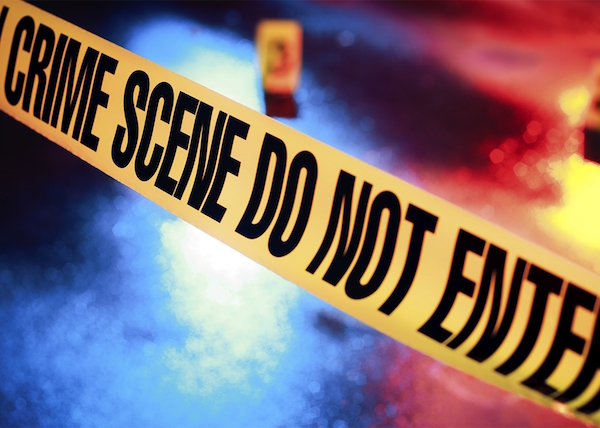 West Hollywood, already far from the top, has fallen 20 places on a list of 417 California cities ranked by their safety.

The list is compiled by ValuePenguin (VP) which describes itself as “a personal finance website that conducts in-depth research and analysis on a variety of topics from insurance, to credit cards, to everyday spending.”

Imperial was listed as the safest city in California in the ranking, which is based on 2015 crime statistics provided to the Federal Bureau of Investigation (FBI). Emeryville ranked (at No. 417) as the least safe city in the state.

West Hollywood has long marketed itself as “one of the safest cities to live, work and play,” a claim that isn’t substantiated by studies such as that by VP and the annual serious crime ranking by the Los Angeles County Sheriff’s Department. The Sheriff’s Department, which provides public safety services to West Hollywood, in an analysis of 2014 crimes ranked WeHo as No. 1 in violent and property crimes among the 23 territories it serves.

Sanger must be a great supporter of the City Manager and the Assistant City Manger pulling down over a million dollars to run this small-town. As for John Duran, he is the poster boy for the ethical politician of the year award. As for political “agenda”… I’m an amateur compared to the Townscape three on the city council who are in the pockets of developers. As for the sheriff, it is LOL time looking at are third rate Keystone Cops police force.

Sanger – people live in West Hollywood for a variety of reasons. You seem to have a blanket perspective that you think fits all. First it’s that the crimes are being committed by “outsitders” which is false, easily debunked with data and irrelevant. Now you assume that everyone in West Hollywood is wealthy and that because of that, they would leave if there was a crime problem. Well, that’s just your assumption again. This one isn’t as easily debunked with data, but applying a bit of common sense and you can look at the number of the population that rents… Read more »

Sanger – the last few high profile violent crime incidents included two different locals getting into knife fights causing fatalities. A father living on Holloway bludgeoning his wife. A local transient throwing his GF in a dumpster. Are you proposing we build a wall? Maybe even make Los Angeles pay for it!

Nonsense. If residents didn’t have a high level of safety, Weho’s housing values and rents wouldn’t be soaring. People of means don’t move into unsafe areas. And bringing in John Duran’s indiscretions, which have nothing to do with this, just shows a political agenda uninterested in reality and facts. I suggest you move to Hollywood or Silver Lake and then get back to us about your relative feelings of safety.

There use to be “sheriffs” on bicycles. Since they all had major problems with obesity, it was a ludicrous sight seeing them patrol in pairs. It was like a comic reality show, especially when they would hit the French Quarters for 50% discount meals. Otherwise, you never see the sheriff except if you make a call that there are some disturbance and seven show up, guns were drawn, and they shoot the wrong person. Like the poor guy two years ago, with Los Angeles County, another bastion of government corruption, paying out $6 million to the victim. The problem is… Read more »

@Chris Sanger – I’m not sure where you got the days to make such a statement, but even if accurate, it’s irrelevant. Crime is crime. If the people doing it live here, work here or play here, it’s still a WeHo problem. That is unless someone is proposing to build a wall to keep all non WeHo residents out.

Some context – nearly all the violent crime involves people coming into town on Sunset or Santa Monica. Residents of the city are very safe, certainly at the high end of congested urban areas. There’s a saying that there are lies, then damned lies, then statistics. It’s fine to post something like this, but it has nothing to do with the safe feeling residents of WeHo justifiably feel they have. It is not a dangerous place. Does anyone regard Beverly Hills, only better by degree, not kind as dangerous? No I didn’t think so either.

What can expect with the totally inept leadership on the City Council and still using the corrupt ridden Los Angeles Country Sherriff’s department aka as the former freeloaders at the French Quarter and now hanging out at the 8150 Sunset McDonalds.