The West Hollywood City Council will be asked on Monday to approve the write-off of $1 million in unpaid assessments and related penalties to businesses in the Sunset Strip and West Hollywood Design District business improvement districts between 2002 and 2014.

Ninety percent of the unpaid debt is attributed to businesses in the Sunset Strip Business Improvement District, whose management was removed by the City of West Hollywood last year after major financial losses by the BID and its associated Sunset Strip Music Festival. The city collects assessments levied on local businesses that form business improvement districts and then distributes that money to the BIDS, which use them for marketing, security and other services. 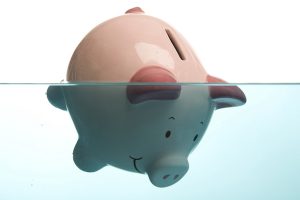 In a memo to the Council, David Wilson, the city’s finance director, said 67% of the assessments were to companies that no longer are in business. Two years ago the city referred $1.4 million in unpaid assessments and penalties to Caine & Weiner, a collection agency, which had managed to collect $283,000 as of June 30. Wilson said some companies are on payment plans and the city is pursuing legal action in cases that involve very large debt.

Various parking and valet services were responsible for $100,615 in uncollected debts, with entities associated with L.A. Parking Services owing $62,078 of that.

The City Council will consider the write off at its meeting at 6:30 p.m. Monday at the City Council Chambers, 625 N. San Vicente Blvd., south of Santa Monica.

Sieze their assets!! Bar them from doing business in W.H. until the fees are paid.

It appears we did distribute the funds we never collected to the BID boards. Now they’re gone. I believe this trifle of the missing million dollars is on the consent calendar. Can’t blame city management from trying to keep this low profile after those hefty raises to themselves.

I never understand why previously ‘free’ parking lots suddenly have some person sitting at the entrance and taking your money while doing nothing other than pointing to the obviously empty parking spaces and saying ‘park there’. Well DUH! Now the ones that take your keys and hold them hostage, they really drive me nuts. I say, just cancel any and all contracts with these folks that have municipal contracts, and make the others cease and desist until they pay what’s owed. As for the commercial businesses – spending time – which usually means money – going after the ones that… Read more »