The City Council rotates the largely ceremonial position each year. Traditionally the position is rotated according to seniority among current Council members, with the next-longest serving person being named mayor pro tem and the second longest-serving named mayor pro tem and placed in line to become mayor in 12 months. Heilman has served as mayor pro tem. Heilman will replace Lauren Meister, who was elected to the City Council in 2015.

Like most small cities, West Hollywood is governed by a city council with a city manager employed by the council as its chief executive. As mayor, Heilman will lead City Council meetings, sign official documents for the city and serve as the public face of West Hollywood. He now is in his 33rd year as a council member. The mayor pro tem fills in for the mayor when he is not available.

While the position of mayor comes with little official power, some occupants have leveraged it. For example, Councilmember Lindsey Horvath, who served as mayor before Meister, gained national attention when she announced that Donald Trump, then a candidate for president, wasn’t welcome in West Hollywood. That led to interviews on CNN and other national news media. It also led to continuing references to Horvath as mayor after Meister’s term began, which upset her.  The role also has practical impact at City Council meetings, where people sometimes engage in rambling speeches or shout from the audience, things the mayor must gavel down. 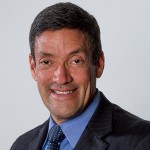 Duran is a criminal defense lawyer who has served on the WeHo City Council since 2001. He has a law degree from Western State University College of Law and a Bachelor of Science degree in Business Administration from CSU Long Beach. Duran is a native of Los Angeles and has been a resident of West Hollywood since 1987. He is known for his activity in LGBT causes and currently is chairman of the Los Angeles Gay Men’s Chorus.

Bette & Joan were at least talented. These two are blemishes on the historic West Hollywood experience. All would be best if those two never existed.

Fick & Frack are dreadful people and anyone who knows them personally would agree.

The public comment was reduced so everyone present could speak at the start of the meeting. Versus having to wait 5 hours later. The #weho democracy bought and paid for once again by bill board money and out of town real estate money looking to shove density into our city at the cost of the residents quality of life. What a sad day for the ideal of democracy in #weho. The same rulers returned to their thrones

I’d like to think of the fab duo as Betty & Joan ala Feud style..

Mayor Meister has been great, and I appreciate her service. I’m so excited to have John Heilman as our new Mayor and look forward to John Duran after him! We have exceptional leaders in West Hollywood. Congratulations!

Good God, this couple, Heilman, and Duran, promise, without reservations, that WEHO continues as a haven for greedy developers, lobbyists, sign companies, and more hotels.

The two “Johns” groveling to their economic betters has paid off with mucho moolah for their campaign efforts and future.

WEHO needs a swamp so we can finally clean it.