The City of West Hollywood is gathering nominations for its 19th annual Disability Service Awards. The awards presentation and reception will take place in October as part of the city’s recognition of Disabilities Awareness Month. 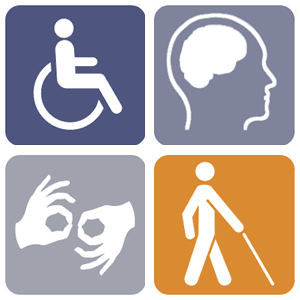 Since 1999, the city has presented Disability Service Awards to individuals, businesses, media and nonprofit organizations that deserve exceptional recognition for work with people living with disabilities, including accessibility issues, attention to the Americans with Disabilities Act (ADA) requirements and/or advocacy.

Nominations for this year’s Disability Service Awards will be accepted until Aug. 10 at 5 p.m. Self-nominations are welcome. Honorees will be selected by the city’s Disabilities Advisory Board at its meeting on Aug. 23.

Nomination forms are available (PDF format) on the city’s website.

The city’s Disabilities Advisory Board was created in 1995 and is comprised of nine members. It addresses issues affecting people with disabilities, including ADA compliance, transportation, housing and access to city government and services for people with disabilities, and makes recommendations to the West Hollywood City Council relative to the adoption of programs, policies or ordinances of benefit to residents.