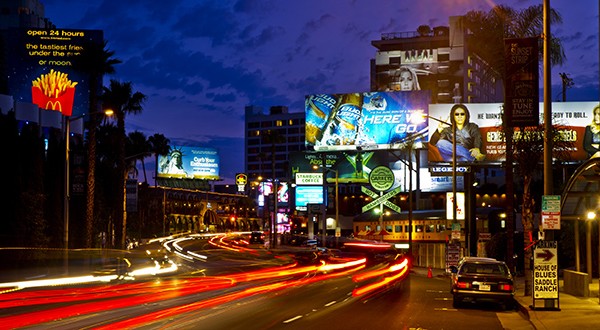 While it covers an area of only 1.89 square miles, West Hollywood encompasses some very diverse neighborhoods. Next Spring two of them will be connected with a free weekend shuttle.

The City Council last night endorsed a six-month test of a shuttle that will run along the Sunset Strip on Fridays and Saturdays from 7 p.m. to 3 a.m. the following morning. The test would run from March 2018 through August 2018.

Much as the Pickup does on Santa Monica Boulevard, the Sunset Boulevard shuttle would connect residents and visitors to businesses, restaurants and nightclubs on the Strip. It also would allow people to travel the Strip without worrying about driving while under the influence of alcohol.

While the primary reason for the shuttle is to promote business on the Strip, several City Council members pushed to have it also come down to Santa Monica Boulevard on the city’s Eastside. “There’s been a scenario that we never serve the Eastside,” said Councilmember John D’Amico.

With changes proposed by the Council last night, the shuttle will run along Sunset Boulevard with stops between Fairfax Avenue and Doheny Drive, using existing bus stops for Metro and WeHo’s CityLine. On its western end, the shuttle route would go along Sunset Boulevard and then turn south on Doheny and head to Melrose Avenue. It then would go east along Melrose before turning left and heading north up San Vicente to Sunset. It then would head east on Sunset to Fairfax Avenue, where it would head south to Santa Monica Boulevard and then west on Santa Monica before turning right and heading north on Crescent Heights Boulevard to Sunset.

I agree with Randy on the need to connect Sunset with SMB. Let’s test it out and see how well it works. Thank you, West Hollywood for getting this into service.

I think it should indeed go down to SMB. Not everyone visiting the strip is coming from east of Fairfax, and north of Fountain. The walk from SMB to Sunset is a fairly steep one (even though its not that far). I think this would only get more people to use the shuttle.