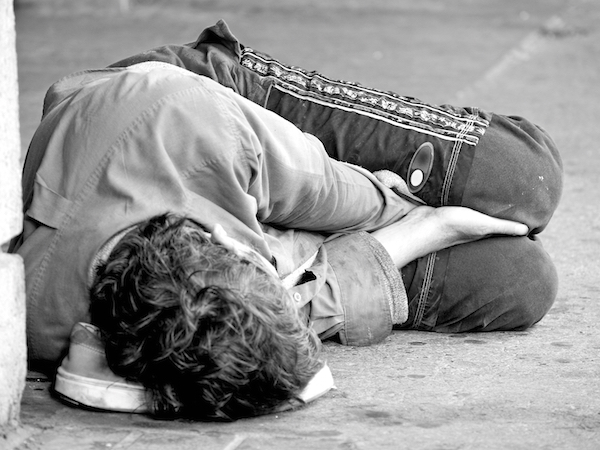 In the first article, which can be seen here, the city explains the complexity of the situation and puts it in the context of the principles on which the City of West Hollywood was founded. The second article, which can be seen here, describes the work down by the city’s Human Services & Rent Stabilization Department, which includes the Housing & Rent Stabilization and Social Services divisions. Both play important roles in the city’s Homeless Initiative. This article explains efforts by the city’s Public Safety Department and the West Hollywood Sheriff’s Station to deal with issues involving homelessness.

While WEHOville welcomes comments from readers, in this case we won’t accept comments until the last piece in the series is published on Thursday. That’s in the hope that readers will take the time to read the entire series and then ask better informed questions and make better informed suggestions.

Public Safety, and the Sheriff’s Department specifically, continues to play a crucial role in the city’s response to homelessness, and in the way the city is able to respond to residents and business owners who are impacted.

— From February through September 2016, contract savings dollars from Public Safety have been used to cover the costs (approximately $145,000) of substance abuse treatment for formerly homeless community members at two contracted Social Services providers – Tarzana Treatment Centers and A Safe Refuge

— Roll call briefings and other information sharing on outreach efforts/homeless services continue with the Sheriff’s, and they are involved in nearly every meeting related to homelessness, from the Chamber of Commerce to the city’s Homeless Collaborative to Neighborhood Watch meetings

— The city’s Public Safety Department — in collaboration with the West Hollywood Sheriff’s Station of the Los Angeles County Sheriff’s Department and Block by Block Ambassadors — continues to play a crucial role how the City of West Hollywood addresses homelessness and in responding to residents and business owners who are impacted by homelessness.

— The West Hollywood COPPS (Community Oriented Policing and Problem Solving) and Community Impact teams are trained to address the impacts of homelessness and to provide a compassionate, yet clear, response to homeless community members.

— The Public Safety Department also works closely with the city’s many neighborhood watch groups and resident associations and responds to the residential and commercial impacts of homelessness in West Hollywood, and to maintain open communication and share resources to address or mitigate those impacts.

— City staff members have also participated in the public safety events with the Sheriff’s Captain and the Mayor to talk about public safety issues in our neighborhoods, as well as attending Neighborhood Watch meetings, Block Captain trainings, Sunrise Discussions, Coffee with a Cop and other meetings focused on residential and business concerns.

TOMORROW: How the City of West Hollywood’s Economic Development Department works with the business community and the West Hollywood Library to deal with homelessness issue.