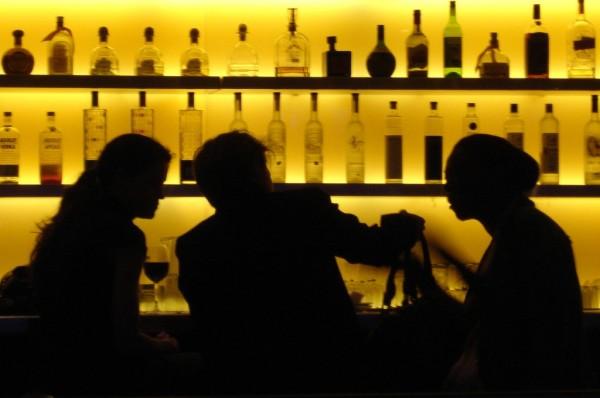 West Hollywood is one of six cities in California where bars could remain open as late 4 a.m. if the state legislature passes a new bill proposed by state Sen. Scott Wiener (D-San Francisco).

Wiener announced today that he plans to introduce the bill in January. An earlier bill introduced by Wiener, which would have allowed any city in California to extend drinking hours to 4 a.m., failed to pass. Currently no alcohol can be served in public places after 2 a.m.

Wiener’s latest bill would establish a five-year pilot program known as the LOCAL (Let Our Communities Adjust Late-Night) Act. Limiting it to the six cities that endorsed Wiener’s earlier bill makes it more likely to get passed.

Those cities are Los Angeles, Long Beach, Oakland, Sacramento, San Francisco and West Hollywood. The LOCAL Act would let each of those cities decide whether to extend its drinking hours and to choose exactly when bars would have to stop pouring.

The West Hollywood City Council endorsed Wiener’s earlier proposal in a four to one vote in April, with Councilmember Lauren Meister opposing extension of the bar hours.  The City Council also has embraced the sale of recreational marijuana with a program that will start issuing licenses to dealers next year.

If Wiener’s bill passes and is signed by Gov. Jerry Brown, the question of whether to actually extend bar and restaurant  drinking hours and on what days and until what hour is likely to provoke a community debate in West Hollywood. On the one hand, the city depends heavily on revenue from tourists (the hotel room occupancy tax is the single largest source of revenue to the city’s general fund). And West Hollywood is known as a nightlife destination, with its Boystown gay nightlife district on the west side of Santa Monica Boulevard and the many clubs on the Sunset Strip and relatively new ones such as Delilah in the Center City area.

Opponents of Weiner’s proposal have questioned whether extending bar hours will lead to an increase in drunken driving and other alcohol-related crimes and injuries and whether they will tax local public safety organizations such as the West Hollywood Sheriff’s Station.

A simple question: Does West Hollywood want to be known as a responsible city or an irresponsible one that encourages excessive drinking and its tangential problems? The current crime factor is disturbing. The city CAN have a more conscientious profile, a healthy restaurant and entertainment business with visitors and residents feeling safe. Later drinking hours and more liquor licenses is NOT the answer.

My friend owns a bar in Weho. He charges $12. for an Absolut and Soda. He told me his total cost, including factoring in payroll and every other aspect of the business, his cost for the drink is 50 Cents. Why do people feel the need to make bar owner even more rich?

The later you have last call, the more the number of drinkers are gradually thinned out because fewer people stay out as the hours progress. You actually have more drunk drivers on the road with an earlier last call, if you bother to look into this, that’s why it works in other parts of the country, even without mass transit. This is also the Uber/Lyft era. It seems like the other posters here aren’t into the late night drinking scene, so they have no clue. And if you try this on the weekends as I suggested, that’s a lot fewer… Read more »

The Insurance Service Office has completed studies, There is a higher fatality rate in areas where there is longer hours of alcohol being served. Cities like New York, San Francisco where there is a great metro train service has less frequencies.

We merely need to look at the accidents and injuries or deaths caused by drunk drivers to know this bill serves no one but club owners. How does this benefit the public or general welfare of the City. Why 4am why not 24 hours like Vegas and look how many accidents they have. This benefits the bars. The noise, the traffic and the potential for more drinks on the street or behind the wheel makes this suspect.

The Leadership of west Hollywood needs to put a stop to this. There will be drunk drivers on the street at 5am and 6am when sober people are driving to work. This doesn’t benefit anyone. If you want to drink yourself to death, do it in the privacy of your own home when you can’t hurt anyone.

Start drinking too much at an early age and look what happens when you turn 60 or so, if you live that long.

More alcohol means more drunks on the road. Most get drunk in the last 2hours before the bars close. 2 more hours of drinking may work in a City like New York that has mass transit.
life for profit doesn’t add up. We need to think about pubic safely first.

Mike has a point.

From one Mike to another, Mike don’t project fear. Carrie Nation did and that was a hundred years ago and two Constitutional amendments. Your other issue do not relate to bars serving until 4 a.m.

LONG overdue. As someone originally from the east, I’ve always found the 2 am cutoff ridiculous. A progressive city isn’t one with an early alcohol cutoff time compared to many other places in the nation, not to mention around the world. I often don’t go out until 11:30-12. A fair compromise would be trying this pilot program on Fridays & Saturdays only at first. There’s all types of people here, we aren’t all on the same 24 hour clock!

More Crime, More Alcoholism, the will come from all over and leave their crime and trash here. Too much emphasis on alcohol. Doesnt this city have something else to offer its residents such as clean streets without so many homeless…