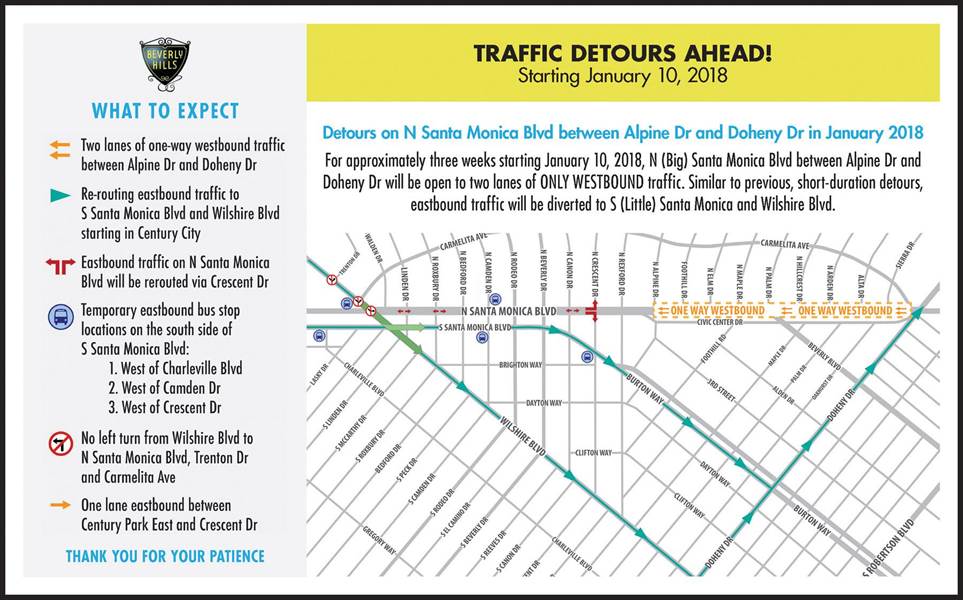 If your morning commute takes you west through Beverly Hills, you might want to reconsider using Santa Monica Boulevard.

The lane closures are because of construction activity that includes removing and replacing the road and its subgrade. That work will take place Monday through Friday from 8 a.m. to 6 p.m. and then from 8 p.m. to 6 a.m.

Enhancements to the roadway include the installation of a bioswale on the north side. A bioswale is landscaping  that concentrates or removes silt and pollution from surface runoff water. It also will include landscaping improvements and widening the south side between Canon Drive and Wilshire Boulevard.

JJ, that appears to be the case.

I had heard there will be a bike lane after all…any confirmation on that?