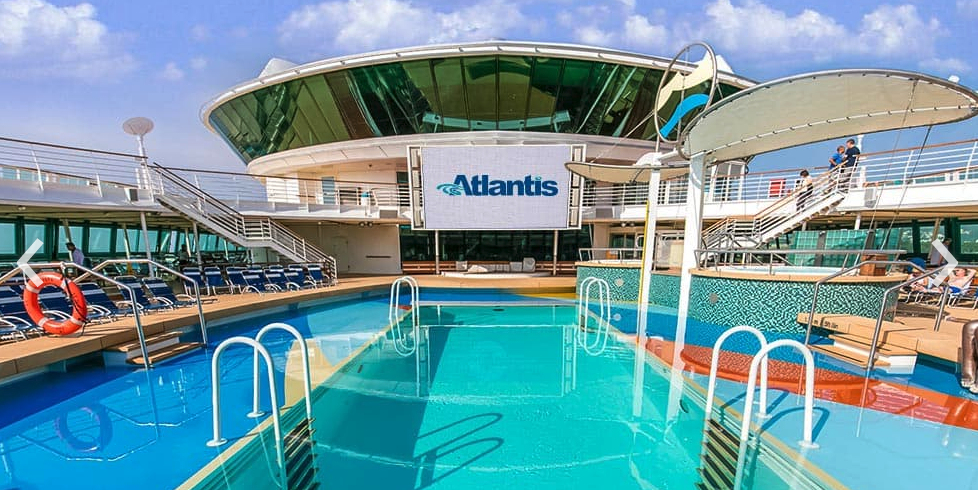 The recent death of a Discovery Channel star from a drug overdose on a gay cruise has brought unwanted attention to Atlantis Events, the West Hollywood-headquartered company that produces the cruises.

Joel Taylor, 38, a star of Discovery’s “Storm Chaser” reality TV series, was found dead of an apparent overdose of GHB on Jan. 22 while on a Caribbean cruise from Fort Lauderdale. Taylor collapsed on a dance floor and was carried to his cabin, where he died. “We’re told there were huge quantities of party drugs on board the ship, including cocaine, Ecstasy and GHB,” reported TMZ, the celebrity gossip channel, saying such drugs were “flowing freely” among the partygoers.

The cruise was produced by Atlantis Events, a company based at 9200 Sunset Blvd. in West Hollywood and headed by Rich Campbell. Atlantis claims it is the largest producer of gay cruises in the world. Among its cruises are those from Auckland to Sydney, a cruise of the southern Caribbean, a Rome to Barcelona cruise, a cruise of Italy and the Greek isles and a cruise from San Diego to Puerta Vallarta, Cabo San Lucas and Mazatlan.

This isn’t the first Atlantis cruise where a drug-related incident has occurred. In November 2011, West Hollywood resident Barry Krumholz was arrested on an Atlantis Caribbean cruise and charged with dealing drugs while on the cruise. Krumholz pleaded guilty to the charge. The Associated Press, citing an affidavit filed as part of the charges against Krumholz, reported that “”Agents searched Krumholz’s cabin and allegedly found more than 142 ecstasy pills, nearly 3 grams of methamphetamine, a small quantity of ketamine and about $51,000 in cash … While waiting for the suspect to return to his cabin, two more passengers came to buy drugs, according to the affidavit.”

In October 2009, Spencer Yu, an attorney who worked for Warners Bros. and was a member of the GLAAD board, suffered a fatal heart attack on an Atlantis cruise that friends have attributed to drug use.

The recent death of Taylor prompted Jim Key, the former chief marketing officer of the Los Angeles LGBT Center, to write to the head of Royal Caribbean, the owner of the ship used for the Atlantis cruise, to ask that he and other cruise ship companies take steps to ensure medical staffers on their ship can deal with drug-related incidents.

In a letter to the CEO of Royal Caribbean, published as an op-ed by GayLifeLA.com, Key said that while working for the Los Angeles LGBT Center he met with Atlantis CEO Campbell to ask him to take such steps. That meeting occurred after the death of Yu, who was a friend of Key’s.

“We asked Mr. Campbell to ensure your ship’s medical staff had the necessary experience to care for passengers who had accidentally overdosed or to bring along medical personnel who do. It’s very common for promoters of all-night circuit-type parties to have emergency medical staff onsite to treat people suffering from drug reactions.

“I was stunned when he refused our request, saying ‘that’s news to me’ in regard to my comments about the wide use of drugs on his cruises. We were prepared with a number of recommendations to help protect passengers, but by refusing to even acknowledge the truth, he had no interest in hearing our suggestions.

“We also asked him to make condoms more accessible on his cruises, since the gift shop that sells them is closed when the dance parties end. We even offered to give condoms to him for free if he’d have them placed in cabins when they’re cleaned. Again, he refused, citing concerns about how that would be perceived by guests. After that meeting, the Center made the decision to never again have a business relationship with Atlantis.”

GayLifeLA has reached out to Campbell for a response but as yet has not gotten one.

Atlantis isn’t the only West Hollywood-headquartered business whose reputation has been tainted by allegations involving drugs. WEHOville in September 2016 called out Grindr, the owner of gay sex app, for facilitating the sale of methamphetamine through its app.

Grindr, based in the Red Building at the Pacific Design Center, had not taken steps used by other such apps to screen for drug dealers. In its investigation, WEHOville discovered that on a typical night, at least three of 100 online app users in West Hollywood were offering or suggesting they were selling meth.

Grindr never responded to WEHOville’s request for comment on the story, but a month later it apparently did begin to screen for drug dealers.