Waze, the traffic app, helps drivers find ways around backed up traffic, often by routing them through neighborhood streets. Now the City of West Hollywood is looking to find ways to collaborate with Waze to reduce the traffic on local residential streets.

The City Council will consider on Monday a proposal by Councilmembers John D’Amico and Lindsey Horvath to find ways to deal with Waze and also to make it easier for the city to install traffic calming measures in multi-family neighborhoods where it is difficult for residents to get signatures on the petitions now required for such installations. 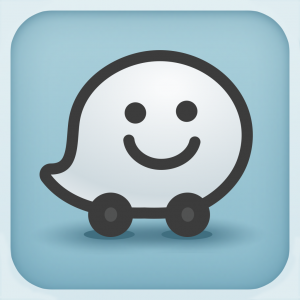 The city’s Planning & Development Services Department (formerly the Community Development Department) is in the process of bringing the petition process online. At some point this Spring it will be accessible on mobile devices and the city’s website. That will eliminate the need to go door-to-door to collect signatures.

However, the number of signatures needed in multifamily neighborhoods makes even the mobile or web petition approach a less than workable solution.

“Residents in these neighborhoods are required to gather more signatures because of the density of units and may face difficulties accessing building with locked doors or gates,” says a memo to the City Council. “The city has already developed a list of possible traffic management devices without a community petition. In some cases, it may be possible for city staff to initiate test interventions without the added burden on community members.”

The proposal coming to the City Council asks that city staffers identify such measures and consider installing and testing them without requiring a petition.

The memo to the Council cites conversations between the City of Los Angeles and Waze. In 2015 Los Angeles agreed to share with Waze information about traffic accidents, road construction and other road closures that might slow a commute. In 2016, Waze agreed to include a feature that Angelenos can use to avoid routes requiring a left turn on a hazardous street, which some call a “Waze suicide.” It isn’t clear that Waze has done anything, however, to limit cut-throughs in residential neighborhoods.

Other digital apps, such as Google Maps, which are used by drivers for Uber and Lyft, are known for directing those drivers north to Fountain Avenue to make a left turn during rush hours.

As long as we pay taxes for the roads, we should be free to use them. Melrose Blvd has become an impossible traffic jam in the morning between La Cienega and Doheny. If you live south of Santa Monica and have to travel south to get to work, it’s a minimum 5 minute wait to be able to get past that mess. We don’t need traffic “calming” — it’s an insult to drivers who simply need to get to work.

City Council ought to consider shaming Mr Duran for his support of Wells Fargo. I wrote last week that there was probably a scandal that we haven’t heard about yet.

I heard and read about it this week. (Sorry for going OT.) https://www.revealnews.org/blog/3-investigations-opened-after-reveal-uncovers-redlining-in-philly/

I would encourage City Council and City staff to allow for traffic calming issues without first receiving approval by 51% of the residences. If a street has larger apartment buildings that are locked and secured, it can be difficult to gain access to speak to the residents and thus nearly impossible to get to that magic 51%. Perhaps they could allow for traffic calming measures to be installed on a trial basis, with The City posting signs on the affected streets and doing mailings to the residents, asking for any feedback within a certain amount of time before the traffic… Read more »

A city wide speed limit of 25 mph and a ban or horns would help immeasurably keeping the residents safe and relatively peaceful in their chosen environment. In the end it is “Quality of Life” that counts.

Steve
Reply to  NO ON WAZE

You can have a 25mph limit on purely residential side streets, but that wouldn’t work on thoroughfares like SMB, Fountain and Fairfax.

NO ON WAZE
Reply to  Steve

Please just picture 25mph throughout West Hollywood as a city wide calming measure for the benefit of everyone. Who can’t afford to slow down? Avoid mishaps, avoid anger, avoid stress. You will get where you are going 10mph slower, it’s a small concession.

BTW The City of Claremont now has an ordinance regarding walking and talking on cellphones while traversing the city streets in a private bubble. Not a bad way to wean the self involved in Weho from calamity or self immolation.

Randy
Reply to  NO ON WAZE

Outlaw honking of horns? Horns are on vehicles as a safety measure and are used to prevent accidents and collisions, even if people also use them when they are being impatient. As far as speed limits go, 25 mph on major thoroughfares would only make things worse for everyone. If the speed limit is 25 mph on SMB and also on Willoughby, wouldn’t people be inclined to take Willoughby during non-peak hours, which goes through a residential neighborhood? Also, the city is limited by state law as to how they regulate speed limits on certain streets: “State law requires speed… Read more »

NO TO WAZEncivilized
Reply to  Randy

Think how careful folks would need to be without horns. Slowing down would take the pressure off of everyone. Picture a cop behind every tree. There are WAYS to accomplish this and deal w WAZE.