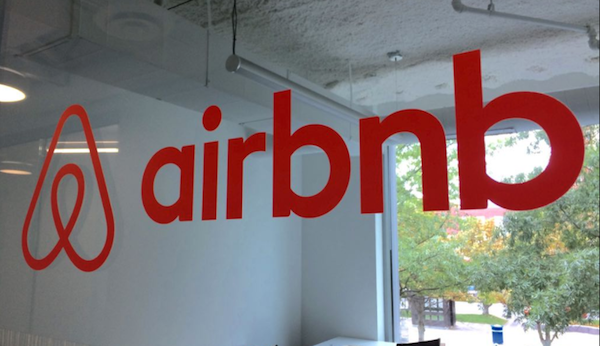 The West Hollywood City Council may face some pushback Monday when it considers a final vote on its decision on Feb. 20 to ban all short-term rentals except those in homes occupied by their owners.

Airbnb, the nation’s largest home-sharing service, sent a letter today to city council members describing the ordinance as “overly restrictive, inequitable and unenforceable. As currently drafted, this ordinance would ban the vast majority of home sharing in the city, unfairly blocking all renters – nearly 80% of West Hollywood residents – from the ability to share their homes to earn critical extra income.

“Simply put, home sharing should not be a privilege reserved for the fortunate few who own homes in West Hollywood.”

The City Council’s decision last month was, for some, a surprising flip from what appeared to be an earlier consensus to permit short-term rentals so long as the tenant or owner continued to live in the house or apartment unit and was on-site during the rental and the tenant had the written permission of his landlord to rent out a room to a traveler. Short-term rentals are defined as those for fewer than 31 days.

The decision came in a split vote, with Mayor John Heilman and council members Lindsey Horvath and Lauren Meister rejecting the proposal.

Council members John D’Amico and John Duran sided with the City Hall proposal, with Duran arguing that short-term rentals through sites such as Airbnb and VRBO already are happening across the city. “So, from a pragmatic point of view, better to have a regulated version because it will be nearly impossible to enforce a flat ban,” Duran said. D’Amico agreed, also noting that if the city allowed and regulated short-term rentals it would earn revenue from taxes on them.

Explaining her opposition, Meister said: “We’re taking away the opportunity for someone to live in West Hollywood … I really feel that this is going to be the downfall of the community.”

In the letter to the Council members, Airbnb policy manager John Choi said: “The last minute amendment introduced a week ago to ban all renters has had no community input and completely shuts out those who stand to benefit the most from home sharing. The typical host in West Hollywood earns $8,900 in supplemental income a year – critical funds that today help cover the cost of utilities, gas, medical bills and tuition for residents in your community.

“Renters in single family homes that have an extra bedroom, or travel often for work should be allowed to supplement their income to cover their rising housing costs. Renters in multi-family units using Airbnb with the support of their landlords should be able to access the sharing economy as a tool to help pay for the rent, support professional goals, or even save for home ownership.

“Furthermore, this change will be very difficult, if not impossible, for the city to enforce and fails to address community concerns around housing availability and nuisance issues.”

The Council’s decision to ban short term rentals in apartments had the support of the Coalition for Economic Survival (CES), a non-profit organization that helped organize the campaign to incorporate West Hollywood as a city in 1984. Wendell Jones, who works with CES, told the Council that Airbnb is one of the reasons for the homelessness crisis in Los Angeles County. Jones said he is helping tenants sue a landlord who evicted them and then began using their apartments for short-term rentals. It also won the support from residents who said that renting apartments to visitors meant a likely increase in noise and the sort of improper behavior one wouldn’t expect from one’s regular neighbors. On the other hand, a number of residents have spoken at various meetings on the subject to describe how their ability to rent out an extra bedroom or room on a couch helped make their rent and meet other expenses.

There’s no reason rentals have to be short term to supplement someone’s income. Rent the extra space to someone who needs a home!

Please don’t cave to Airbandb. I have lived in buildings where strangers rented through a third party. it is not a good all idea.

Woody nailed it. The strong arm of the lobby at work. Politicians usually succumb. We’ll see who has the power

I concur with the commenters: residents of the City are predominately long-term renters, ~80PCT; this is a City for residents: renters, condominium owners, and home owners. The many hotels here – and more are coming on line – are for short term, transient visitors; the City depends upon the occupancy taxes paid by the visitors through the hotels for a major portion of public revenue. Diluting the rental housing units with transients that belong in the City’s hotel rooms, defeats the resident purpose of our City. Residents belong in the residences of the City; transients belong in the hotels of… Read more »

NO TO AIR BNB

Dear City Council: Please stand behind your best instincts and respect current residents and standards against this purely opportunistic intrusion into our community. The only attribute that airbnb offers is Pride of $$$$$$$ which translates into disrespect for the neighbors and often the buildings themselves. The travelers are some of John Duran’s favorite people, “just passing through”. Living in a unregulated tourist hostel at whatever price point you choose is not good for a community.

Hopefully, the city will not budge. It is the *only* decision that protects current renters in the city. As someone who lived in a building that was used for short-term rentals previously, the short term renters made life almost unbearable. Noisy, they’re simply here to party all hours, they have no respect for the places they rent, and worst of all, there’s a constant influx of strangers posing threats to life and property. If you want to rent your owned home to strangers, that’s your business. The renters need the protections of this ordinance, nothing else is enforceable in the… Read more »

Airbnb reminds me of the NRA. They think our laws should conform & submit to their power & greed, instead of best serving the safety & comfort of the majority of our citizens.