The Los Angeles LGBT Center‘s 13th annual Simply diVine, a popular food and wine event for LGBT people and their allies, this year will take place on March 24 at Hollywood Forever, a cemetery known as the final resting place of many of Hollywood’s founders and stars.

The event, from 6 to 9 p.m., will feature samples of food and drinks from popular West Hollywood and Los Angeles restaurants as well as food trucks, wineries, distilleries and breweries. All proceeds will support the LGBT Center’s programs and services. 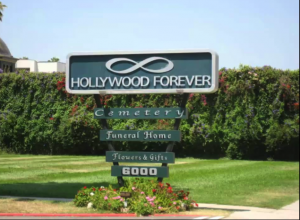 “This year, with our new home at the iconic Hollywood Forever, Simply diVine is giving you more than ever before-more of L.A.’s premier food, wine, and spirits, more space, more fun,” said event co-chair Susan Feniger. “There’s never been a better time to show up and support the LGBT community. We need everyone in this fight as we keep working to build a world where all of us can thrive.”

Those looking for a more intimate experience can get a one-hour exclusive early entry to the main event at 5 p.m. with a VIP lounge ticket including access to private bartenders from The Chapel at the Abbey; tastings of rare wines and Tito’s Handmade Vodka; entertainment by Rachel Sorsa Band; magic by Bill Bailey (from Magic Castle); celebrity chef experiences with Susan Feniger (Border Grill) and Mary Sue Milliken (Border Grill Restaurants & Truck). Complimentary VIP parking included. 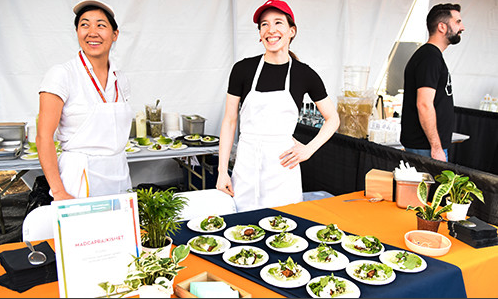 What a Great location for the Event. It’s one of the most interesting places in L.A. Look for Estelle Getty on the right as you head south on the main road. Big Headstone that simply reads: “Getty” on one side, her full name on the other side. My Partner and I will be there to support the event. We also have our plots there.

I have been living in the area for a long time.
As a driver, if you pay attention to the road and environment, not the scenery, you do not always know where things are. Also, you get a different perspective than as a walker.

May I suggest that you post the specific addresses of the events and other features (stores/restaurants/bars) that you highlight? Even a phone number, in case somebody has a question or wants to make a reservation…

The address is noted in the story as 6000 Santa Monica Blvd.