Once in a while I think of Walt Davis, head of West Hollywood’s traffic management program, and how besieged he is on all sides. He is a most patient man, but residents have taken him to task so often in his attempts to answer their complaints that his mild, firm demeanor should be exhibiting some cracks by now. Certainly, his masters at City Hall (Oops! I thought that the voters were the masters) are also hectoring him about finding solutions to the traffic mess that plagues us – which may be an impossible job since he can answer only to the West Hollywood situation, not the regional condition. Between these two forces, Mr. Davis wends his way.

Mr. Davis has had some successes, as recently pointed out by the West Hollywood West Residents Association’s bulletin regarding a report about the efficacy of some of the “traffic calming” measures installed in its area of influence. One of the apparently insurmountable obstacles to really managing the flow of traffic through our city is finding devices or structures that will please everybody. That’s impossible. The current plan to test and survey results will provide numbers, stats upon which to devise and install controls. It must be accepted that there will always be people who are never pleased. In the democratic tradition, they must learn to live with the majority. 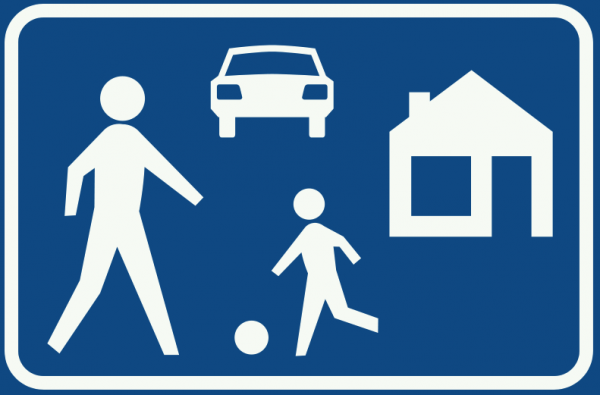 Aside from the professionals working on the problem, many citizens (residents) must still be able to voice their concerns among themselves and at informal community meetings. Ed’s Coffee Shop is one of the informal gathering places for many on the Westside of the city. (I must shamefully state that I know little of the Eastside or Mid-City traffic conditions, but they cannot be much different than those expressed here. I do hope that someone will step forward to air the concerns of those two regions.) A recent lunch meeting of several long-time residents brought forth a number of comments vis-à-vis the traffic and of being a pedestrian in the city. If I were a teenager looking for extra cash, I’d sign up neighbors for my “help you back out of your driveway service. ” That would be especially handy at the morning and evening rush hours when the vehicle count is the highest. Not so much now, but earlier, when I heard several car horns honking away and I looked out to see some fool wanting to turn left onto busy Robertson Boulevard or waiting for a chance to dash across Robertson to the other side. This delay caused cars to back up, sometimes all the way down the block. I would suggest posting a large sign at that corner (and others like it) reading RIGHT TURN ONLY. Remember how UPS does it?

Aside from the congestion, we who are down here on the flats in our little houses contend with noise, often so loud that conversations are interrupted. Sitting in our wee front patios, common enough, to chat and have the day’s first sip of Jim Beam – we are prevented from doing that most days. Besides the noise, we contend with more of that black soot-like material, the breakdown of tires and roadway. Dirt. And then, of course, is automobile and truck exhaust, which we know contains many unhealthy and even toxic compounds, happily spread for all to inhale. Diesel exhaust is in a consideration by itself. The City of Los Angeles is having a serious debate about placing apartment buildings near expressways and transportation hubs. Should we be less concerned? As our demographic is altered by an increasing number of families (of every blend) this should be a matter of great concern.

Driver vision is impaired somewhat by the placement of our street lights. They sit high, often above the out of scale trees around them, so that not much light gets to the street, let alone the sidewalk. Speaking of sidewalks and the “right of way,” it was generally agreed that it is too dangerous to cross at intersections as traffic seldom slows while turning onto our narrow streets, giving a crossing pedestrian little time to react. So, where to cross? Even our city has told us that one has a better chance of being struck by a car in a crosswalk than by jaywalking in the middle of the street. A consequence of this is that geezers such as I severely limit our excursions, sometimes using Uber or depending on the kindness of strangers, like Blanche.

Traffic problems are regional and must be addressed as such. Those administrative lines on the county maps are a fiction when it comes to this problem. But, a county that would spend billions on subways rather than millions on surface transit will have little will to act until its citizens loudly demand action. One little city cannot solve them all. West Hollywood can, however, do its utmost to assure the well being and safety of its residents. Barring that, perhaps we whiny Westsiders should just move away and make room for the next hotel.

WeHo is the unintended victim of a street layout that cannot carry large volumes of traffic quickly. Combine this with our being one of the most densely populated cities per square mile in the country, and we have the formula for intense congestion. I doubt that mass surface transit that moves on wheels will ever be able to speed things up unless we ban private vehicles, and we know that’s not going to happen.