The City of West Hollywood and the West Hollywood Chamber of Commerce are among 26 registered supporters of a bill in the state legislature that would allow WeHo and five other California cities to extend alcohol serving hours to 4 a.m.

The bill, SB 905, was introduced by state Sen. Scott Wiener (D-San Francisco). If it gets through the legislature and is signed by the governor, West Hollywood and the five other cities would have to decide whether or not to extend drinking hours. 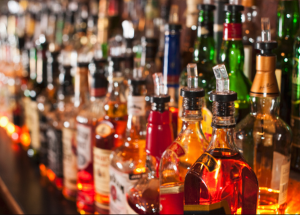 LBReport.com, a website that covers the news of Long Beach, reported today that the state Senate Appropriations Committee has moved the bill to its “suspense” file. That move means the bill will have to go for a vote before the committee before it can go for a vote by the entire state Senate. Committee Chair Ricardo Lara (D-Long Beach), a c0-author of SB 905, is empowered to decide whether that committee vote will take place.

According to LBReport, representatives of the City of West Hollywood and the United Here Teamsters union spoke in favor of the bill at today’s Appropriations Committee meeting.

Speaking against it were representatives of the California Alcoholic Policy Alliance and Alcohol Justice, who argued that passage of the bill would mean an increase in cost to the state’s MedCal and state-covered ambulance costs because of “alcohol-related harm.”

SB 905 was introduced by Wiener in January. The other five cities it would affect are San Francisco, Oakland, Los Angeles, Sacramento and Long Beach. The City of Oakland is the only city other than the City of West Hollywood to have endorsed the bill. However, it also has been endorsed by the mayors of Sacramento, Long Beach and San Francisco, by other chambers of commerce and by hospitality organizations such as the California Hotel & Lodging Association.

The West Hollywood City Council endorsed an earlier and unsuccessful version of Wiener’s bill in April 2017 in a four to one vote, with Councilmember Lauren Meister voting against it. That bill would have allowed all California cities to extend their alcohol serving hours to 4 a.m.

“I don’t think that we should fool ourselves in thinking that local impact is going to be contained in the City of West Hollywood,” Aloma said. “Two hours of additional drinking certainly is going to have an impact on cities outside West Hollywood. I also think it’s going to impact our local trauma centers …
“We’re going to absolutely have to rethink our staffing model and our deployment of deputy service. At 4 a.m., we don’t have the same staffing we have at midnight or two a.m.”

WeHo City Hall puts out a press release every time a finger nail is broken so where’s their press release regarding their support of this issue? Why are they keeping quiet????

If people really feel the city can’t control things now, then perhaps it’s time to have a full time mayor and city council. The city could make the library parking garage free until 10 pm to encourage people to go out earlier and keep late night noise away from residential neighborhoods. I lived on Kings Road when the parking garage opened at Kings and Santa Monica Blvd. City officials were concerned about disturbing the neighbors with late night noise from car alarms. It’s now open til 3 am on Friday and Saturdays. For many years I worked in a dance… Read more »

Yes, but that dance bar wasn’t selling alcohol after last call. So some businesses might do well with this.

The Old Plantation in Tampa was a cash cow and the liquor salesman literally cried when it closed. I’m quite certain business will do well with extended hours . Especially on the weekends. It gives service workers a chance to go out after their shift ends at 11pm.
If I were a tourist looking to book a hotel and found out I could drink 2 hours longer in Hollywood, I would not consider West Hollywood.

This doesn’t mean bars will automatically be open until 4:00.
It’s a PROPOSAL for a PILOT PROGRAM that would allow these cities to decide their hours. Perhaps it only gets extended until 2:30 or perhaps it’s only on the weekend.

You guys get way ahead of the story. And yes I support it. We’re a progressive city known for its nightlife. You had to know that when you moved here.

No on Extended Hours
Reply to  Craig

Ten years ago, someone rather astutely referred to West Hollywood as Peter Pan Town which seemed accurate on many levels. We have set a standard for irresponsible and juvenile behavior which attracts more of the same and has created problems for the responsible residents.

Who doesn’t like to party? Most do it responsibly but when we invite nightly misbehavers, cultivate an atmosphere for tourists that have no ties to the community, it spoils the party for everyone. Increased revenues are never a solution particularly wen it is linked to what the Sheriff Department admittedly states is problematic.

Your objection is on the record. (9 times in this post.)
Since establishments are PACKED at last call (1:30am) then obviously people enjoy being out late. (More than the 40 people who wrote letters.) The numbers speak for themselves. Luckily you have the option of not going out. Fun fact: I didn’t move here. I am a native born at Cedars.

Or … you accept that fact that times change. Who said that when you move to a place that everything will remain the same? I’ve been in this neighborhood for 19 years. I certainly don’t expect everything to remain the same, even if I don’t like how everything has changed.

I’m not sure how I feel about the extension of last call, but I certainly don’t expect everything to stay the same in a community such as this, or anywhere, for that matter.

“Kings Road,” maybe if you don’t like the change, you should consider moving?

No on Extended Hours
Reply to  Craig

Craig, apparently 40 people wrote letters AGAINST 4:00 am hours. Have you polled the number of people in the bars @ 1:30 am to determine if they are residents or tourists/visitors? Where is your sensibility?

Craig, what bar do you work for?

I don’t. I am a television producer. It’s extremely ridiculous to think people don’t enjoy late night hours. Seriously, go out and you’ll see thousands of people having fun. In the summer I go to the beach or Runyon for sunset and get home about 9:00. I shower and head to dinner a little after 10. When I finish dinner I get to the bars around 12. By the time I get in and get served it’s 12:15. At 1:30 they start taking your drinks and kicking you out. Would you prefer I start drinking at 3:00 in the afternoon… Read more »

No on Extended Hours

Exactly who were the representatives of West Hollywood that testified in favor of the bill?
Perhaps Wehoville could determine that and also their specific reasons.

The public safety commission doesn’t do anything except hide from the real issues. They were sleeping during the first council vote to approve.

middleoftheroad
Reply to  No Backbone

And why is the push always to have hours open later, instead of providing incentives to show up to the clubs earlier. Instead of people showing up past midnight to be “fashionably late” why not try being there at a decent hour…Heck, you can drink from happy hour onwards..How many more hours does one need to drink alcohol?

In parts of Australia they don’t let you in the clubs past a certain hour. I think it’s midnight. They can drink till 130 a.m. but if you’re not in the club by then, you don’t get in.

The reason why is because the drinking culture in the U.S. leans more towards the nightlife. If more people went out drinking during “happy hour,” they wouldn’t need happy hour cheap prices as incentives. This is why people from other states with a later last call come to visit and are annoyed with the earlier last call.

ABSOLUTELY NOT. Democrats, enough with the drugging of America. I’m an Independent and I noticed it’s the Democrats who PUSH drugs. Alcohol is the worse drug. More people report having problems with alcohol than just about any other drug. Forced vaccines with no trust studies of the accumulative effects, non stop push for pharma which finances are media. Non stop sirens in weho…this is a residential neighborhood too. It’s not a large city. We don’t need this. A compromise is no alcohol after 2 a.m. and an extra hour to sober up. People still need to SLEEP and WORK. This… Read more »

We do not all live on the same waking hour time clock like robots. I’m a responsible member of society and I will not be told by another person what my hours of consuming alcohol should be, unless they are paying my salary. You don’t talk down to people that way. Believe it or not, within Los Angeles, city of millions, a lot of us live different lifestyles and we do create demand for alternatives. One of them is having places to go at different hours.

Law enforcement has ALWAYS been conservative. They have always opposed marijuana legalization, even though that is what’s right for our country and the war on that drug has been a huge failure. They work for us, it is not our responsibility to make their jobs easier by simply embracing a more conservative lifestyle. These law enforcement officers are simply looking out for their own interests, using them to prop up your point does not sway here.

No on Extended Hours

Very discouraging and looks very bad for the city and for the city council. This only exacerbates our current problems for which the city has neglected to find solutions on multiple levels.

Increased revenue plus permissiveness does not engender responsibility or responsible behavior.

Kings Road – I don’t know what the real-world justification is for being against extended hours. On my block, 40+ signatures is likely to be one partial apartment building.

Perhaps the City IS listening to us.

Talk about fear mongering.
How many people have died in the last year from drunk drivers in West Hollywood? How many fights have their been? Please site statistics.

It’s also hard to believe you’re hearing all this noise on Kings Rd which a mile from the Rainbow Crosswalks.

Not all of us live on the same schedule.

You live in the CITY. Exactly. In cities people work different shifts and things are open later. We’re not some provincial village or rural farm town. You’ve “seen the increase” but can’t site statistics. I call that insufficient evidence. Plus it sounds like you stay home and go to bed early, so you should be safe from all the bar room brawls and looting you seem to think goes on. The median age in West Hollywood is 39. (And that’s me!) But the average age commenting on this website must be double that. I am not being ageist I just… Read more »

Nothing good ever happens after 2:00 a.m.