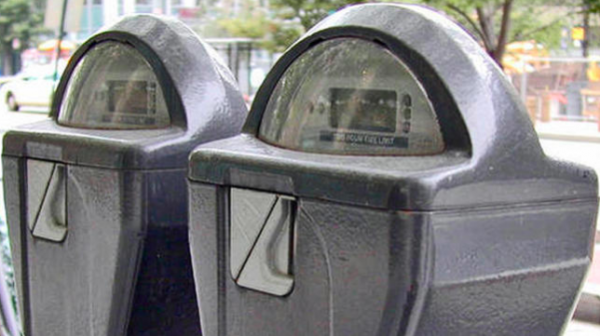 Parking on the street in West Hollywood will cost a third more with the City Council’s passage last night of a variety of changes in city fees.

Parking at a street meter now costs $1.50 an hour. That price will rise to $2 an hour beginning July 1.

The increase is expected to raise $1.78 million, which the city will use to increase sidewalk cleaning and security in commercial areas.

The proposal to use the fee increase revenue to improve sidewalk cleaning and security got the support of a number of area residents and also Ben Reiss, the manager of the city’s Sunset Boulevard and Design District business improvement districts, and Genevieve Morrill, CEO of the city’s Chamber of Commerce.

All five Council members voted for the fee changes. However, while Councilmember Lauren Meister said she supported the plan to increase sidewalk cleaning and security she said she was concerned that the fee hike would intimidate visitors.

“We want our visitors to feel welcome, and I think that raising the meters as well as extended meter hours doesn’t feel very welcoming.”

Meister asked that City Hall review parking meter pricing plans in other cities, citing Redondo Beach. She also asked the city to consider two levels of pricing for fines for violating parking meter time limits – a lower fine if the violation is no more than 10 minutes and a higher fine if it is more than 10 minutes. Currently the fine if $53 for exceeding the time one pays for at a meter.

Like most other cities, West Hollywood uses parking meters to encourage a turnover in cars parked on commercial streets such as Santa Monica, Sunset, La Cienega and Robertson boulevards. Such turnover makes it easier for customers to visit local businesses. Longer term parking is available in parking structures such as the one on Kings Road at Santa Monica.

In Redondo Beach, residents are able to buy an annual permit for $110 that allows them to park for up to 72 hours at a meter without paying the hourly fee. Employees of city businesses can purchase similar passes for $60 a year.

Parking meter rates in some other cities vary according to their location. For example, Beverly Hills parking meter rates range from $2 to 75 cents an hour, depending on where the meter is located. The rate is highest in highly trafficked commercial areas such as Robertson Boulevard and the commercial district bounded by Santa Monica and Wilshire boulevards and Rexford Drive.

In Glendale, parking meter rates are $1 per hour except on Brand Street, a major commercial street, where they are $1.50 an hour.

Santa Monica charges $2 an hour for metered parking in the downtown business district and near the beach, with the rate only $1 an hour in other areas.

San Francisco has created a surge parking system, where rates increase according to demand for metered spaces. That system is implemented with a sophisticated system for monitoring parking demand. http://www.sfexaminer.com/transit-agency-approves-surge-pricing-lower-raise-parking-meter-costs/

Wow, between eating at McDonald’s and parking your car, a person could go broke these days.

There is no reason the sidewalks shouldn’t have been clean all along with the extremely high revenues the city receives already. It’s never enough.

During a January visit by a friend from Sydney, I was embarrassed when my guest commented on the filthy state of the WeHo sidewalks. I’m happy to see this proposal, but I will reserve judgment until I see the clean sidewalks.

It’s entirely possible that folks at City Hall coming and going from the Robo Garage rarely experience walking for any distance on our sidewalks to get a real eyeball view and experience the rancid aromas lurking. That would include walking in varied neighborhoods for an accurate experience.

Being sensitive to housekeeping efforts like this would increase with our town having districts with council members having a responsibility to each area. This would surely increase their individual and collective experience and be helpful in finding meaningful solutions to so many elusive problems.

The city does exactly what Larry Block is suggesting, “reimburse us for the lost meter revenue.”
Nobody, though, points out the 50% increase the last time meter rates went up (from $1.00/hr to 1.50/hr); if rates were increased 3% or 5% annually, people would whine about that.
Ugh.

Great! Now when does the power washing start?!

Now that we have increased the parking meter rates by 33%.. the city needs to re-cost the value of each parking space and pass the same increase on to valet services and the other parking related revenue streams such as parking credits. Fair is fair. Sidewalk cleaning also benefits the businesses employing the valet services while taking public parking away from the rest of us.