The death of a friend or relative is one of the most painful things one can experience. Of course, death is an experience that is inevitable.

But when it comes early in the life of that relative it is all the more painful to his or her survivors. “What could I have done to prevent this?” they are likely to ask. 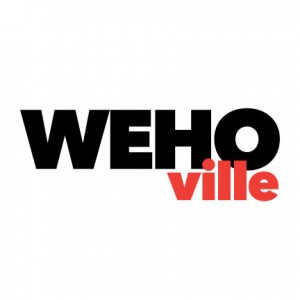 That pain is why journalists struggle with the question of whether or not to publish photos of people who die in public places. That pain is why relatives and friends of such people whose photos are published react with the anger evident over WEHOville’s decision to post a picture of the body of Adrian Nobert, the young man found dead outside the apartment building at 1156 Hacienda Place on Monday after being pushed or falling from a window above. Accident, murder, suicide? The L.A. County Coroner and L.A. County Sheriff’s deputies have not yet reached a conclusion.

As someone who has spent 45 years in the media business, either as a journalist or business executive or consultant, it’s an issue I am very familiar with. And WEHOville has a rule: We do publish photos of people who are found dead in public places. We don’t publish photos of people who die in private places (e.g. inside their homes). Of course it’s always possible that exceptions will be made in unusual circumstances.

WEHOville’s approach is a relatively common practice. Those who claim that legitimate news organizations never publish photos of people found dead need to take a look at “Death Makes the News: How the Media Censor and Display the Dead,” by Jessica M. Fishman, which chronicles the debate among journalists over when and whether to publish photos of dead bodies.

“Regardless of all the careful deliberations over pictures, the news media cannot escape controversy, which erupts frequently,” Fishman notes.

Sadly, the news media, even a publication in a city as small as West Hollywood, cannot escape the controversy or the fact that people do die in public places for a variety of reasons, and readers want to know who, when, where, why and how, questions that photos sometimes can answer.

Whatever reasons regarding the “public” nature of this death, this published photo did nothing to advance a journalistic mission unless it were forensically useful in such journalistic pursuit of identifying facts of what was either an accident, a suicide, or a homicide.

There is no reason to have posted this photo. I’ve worked for daily newspapers in Illinois and Italy and was an editor at United Press International/NYC. We would never have done this, not because we were squeamish about facts but because this photo has no journalistic relevance — unless someone were disputing that this awful fact were true.

I gave this some thought before just knee jerk replying. I guess for me it ultimately comes down to, if this same thing happened to me, would I want my picture posted publicly for people see? My answer is yes. If someone pushed me out of a window to my death, as it appears to be the case, I would want others who live there to know what it looked like for themselves because that makes it more relatable than a mere generic description. It hurts to see a picture like that, and that is the point, we should be… Read more »

I think those close to the man may not have been shown those pictures. And if it was me, no, I wouldn’t want my friends and family to be subjected to them, involuntarily (like by clicking on a link, and not knowing what they are in for). But this is Hank’s site, and he can do what he likes.

Was it useful?
Did it serve any noble purpose?
Was it necessary?

Even in the eyes of the author if the answer to any of these questions was not
no, then one’s better judgement should have suggested NO!

Not how I learned it in Journalism school. Shameful. As a tenant if the building, I must carry that image and it has already appeared in my nightly dreams