Hundreds of residents of West Hollywood and other communities on the Westside of Los Angeles are expected to gather in West Hollywood Park tomorrow for a protest of Donald Trump’s immigration policies.

The protest is organized by City Councilmember Lauren Meister and will include a speech by Rob Reiner, the actor, director and producer who is known for his activism. Reiner and his wife, Michelle, recently travelled to Torntillo, Tex., where they condemned Trump’s decision to separate the children from their parents seeking asylum.

The event will begin at noon sharp at the small plaza at 647 N. San Vicente Blvd. on the east side of the park, just south of the dog park. Parking is available in the five-story structure south of the event near the West Hollywood Library. 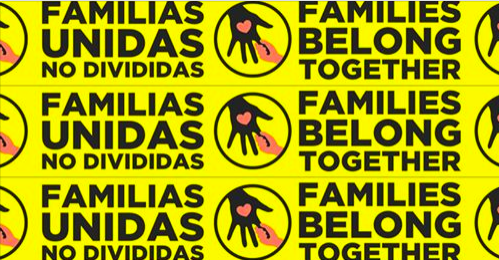 The event will be one of more than 130 taking place across the nation as part of what is called a “Families Day of Action.” They were sparked by Trump’s recently rescinded decision to take children of immigrants seeking asylum away from the parents and house them in places that critics have described as “cages.”

“Frankly, I don’t recognize our country anymore. And, like others, I’m sad, and I’m angry, and I’m frustrated, and I want this administration to stop their insane and inhumane policies,” Meister said in explaining her reason for proposing the protest. “On Saturday, June 30 at high noon, Wehoans will join the nationwide protests against the Trump family separation policy.

While Trump on June 21 reversed his order that children of immigrants seeking asylum be separated from the parents, it still isn’t clear how his administration will implement his change in the policy. According to a story in The New York Times, it still faces legal and practical obstacles. “…. And the president’s order does nothing to address the plight of the more than 2,300 children who have already been separated from their parents under the president’s ‘zero tolerance’ policy.”

A similar event is scheduled for 11 a.m. at Grand Park in downtown Los Angeles. The main rally will be in Washington’s Lafayette Square, across from the White House, and is scheduled to begin at 11 a.m.

Too bad they don’t get this fired up over the PERMANENT separation of American families from their loved ones when they are killed or victimized by the hordes of illegal alien criminals that have left a wake of destruction across this country for the last 35 years.

I have grown numb to the Trump supporter tactic of defending all of his awful policies by lying that Obama, Hillary or Jesus Christ somehow created the awful policies first. According to them, it was Obama whose first action as president was to strip the trans community of its protections! It was Hillary who incited white supremacists to run down innocents! And it was Jesus who preached separation of families at the border! – not our beloved fuhrer Trump!!! Give me a f-cking break. It was silly when Trumpies first did it, annoying when they kept doing it, and now… Read more »

Let’s face facts.The reason these people are fleeing central America is because this rotten country called the United States and the CIA killed elected leaders and replaced them with dictators. Why because we are ruled by Wall Street, slimy lobbyists and Political hacks. It is now time for a revolution. Dump the GOP and Dump the Democrats and elect a socialist. Like they did in New York. As far as West Hollywood goes with the city Council which is all pay for play… please, let’s find some young socialists to run. And get rid of all these Democrats. And if… Read more »

NO Jason, I mean “JJ” the same policy was NOT in place under the last 2 administrations, I’m sure you know that but, are hoping to sell people on that serious piece of misinformation. Did Barack Obama Oversee the Separation of 89,000 Children From Their Parents? A right-wing Facebook page publishes a grossly misleading meme that compares the immigration policies of the 44th and 45th presidents. Was the ‘Law to Separate Families’ Passed in 1997 or ‘by Democrats’? There is no federal law mandating children and parents be separated at the border; a policy resulting in that outcome was enacted… Read more »

They do know that Trump signed an executive order ending family separations right?

That’s long DEBUNKED right-wing talking point! Trump’s “zero-tolerance” immigration policy under the direction of Attorney General Jeff Sessions had the child-separation policy as its centerpiece. Under bipartisan pressure, Trump signed an executive order this Wednesday ending the policy. It was Trump’s and ONLY Trump’s policy that CAUSED this problem! Here Are the Facts About President Trump’s Family Separation Policy Trump’s executive order ending HIS administration’s policy of separating migrant families is far from a solution to the border crisis HIS administration caused, immigration advocates are warning that this could easily lead to immigrant children being locked up in detention centers… Read more »

That is an outright lie. I watched him sign it with my own two eyes! What kind of parent puts their child (IF…it is even their child) in that situation? Mexico wasn’t good enough for them because Mexico doesn’t offer instant welfare.
Stop trying to rid the coattails of Japanese Americans. They were AMERICAN citizens NOT illegal aliens!

YES! I already have been doing that and, have been registering the homeless to vote as well. When registering to vote, homeless voters only need to designate their place of residence, which can be a street corner, a park, a shelter, or any other location where an individual stays at night. Designation of a residential address or location of residence is required to ensure the voter lives within the district in which she/he wishes to register and to assign the voter to the appropriate polling location. If it is outside, the voter should write a description of its location on… Read more »

Yes, I will have voter registration forms.