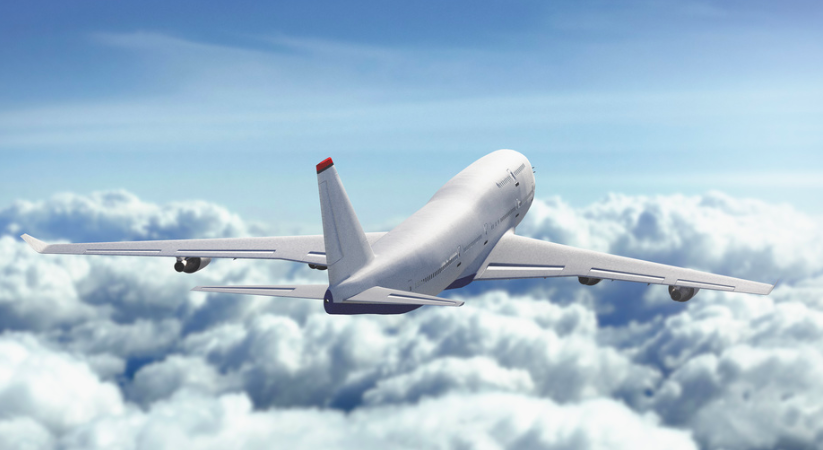 Serving on the West Hollywood City Council and responding to the concerns of local residents in our small town is a part-time job. But for those Council members who are thought to have grander political aspirations, it involves even more work – work that apparently requires travel to places as boring as Sacramento and exciting as Austin, Tex.

WEHOville in May asked City Hall for a count of what the city has paid for Council member travel over the previous 12 months. The financial staff took a while to assemble the information, but data on who spent what to go to where from April 1, 2017, through April 30, 2018 (which actually is 13 months) finally has arrived.

The first observation is that the City of West Hollywood didn’t spend much on travel for City Council members. The total for that 13-month period was $35,161. That works out to a little less than $1 per constituent.

More interesting is who spent how much to travel where?

Councilmember Lindsey Horvath, who has grander political aspirations, ranks first there. (Horvath to date won’t confirm or deny rumors that she hopes be named to a state post in the likely event that Gavin Newsom is elected governor in November.) Horvath’s travel cost the city $17,201 in that 13-month period. That amounts to 49% of the total spent on Council member travel. That money covered multiple trips to Sacramento to attend meetings of the League of California Cities, to which Horvath is a Council-appointed delegate. She also sits on a League committee. The League is a non-profit organization that, among other things, lobbies the state legislature on issues that affect local cities.

Horvath’s travel expenses included a California Contract Cities Association event at Arrowhead. Horvath also represents West Hollywood and sits on a board in that association, whose members include about 40 cities in Los Angeles County and a couple dozen elsewhere. Such cities contract with other entities for certain services such as law enforcement, garbage collection and water and waste management.

She also has attended several conferences of the National League of Cities, an organization based in Washington, D.C., that lobbies in the interest of cities nationwide. Those events include conferences on women in government held in Atlanta and Cleveland.

Travel not associated with those state and national city leagues include attending the Local Progress Organization Annual Conference. That progressive organization has about 400 members in 40 states and is focused on national issues such as immigrant rights, civil rights and voting rights. Its conference was held in Austin, Tex. Horvath also joined Councilmember John D’Amico and City Hall staffers on a trip to Denver to research how that city and state have implemented recreational cannabis laws.

Mayor John Duran, who also is seen as having bigger political aspirations (he did an unsuccessful run for L.A. County Supervisor in 2014) comes in second in travel spending, with $9,480 over 13 months. That is 27% of the total. Duran’s spending included travel to Charlotte, N.C., and Washington, D.C., to attend National League of Cities conferences.

Most of the rest of his travel involved Latino and gay organizations. (Duran identifies as both). Duran currently is president of the National Association of Latino Elected Officials and attended its annual conference in Dallas. He attended two Gay & Lesbian Victory Fund leadership conferences in Washington, D.C. The GLVF is a political action committee whose mission is increasing the number of openly LGBT public officials in US politics. In March 2017, Duran also attended the South by Southwest Interactive Conference in Texas. That conference is described as a “conglomerate of film, interactive media and music festivals and conferences.”

Number three on the City Council travel list is John D’Amico, whose travel expenses covered by the city totaled $4,448, or 13% of the total. D’Amico’s travel was relatively limited, with trips to Washington, D.C., to attend the National League of Cities annual Congressional City Conference and to attend the Gay & Lesbian Victory Fund Institute’s annual leadership conference. D’Amico also participated in the cannabis ordinance research trip to Denver.

Next on the list is Councilmember Lauren Meister, for whom the city covered $2,111 in travel expenses, or 6% of the total spent. That covered the National League of Cities annual Congressional City conference in Washington, D.C., and the League of California Cities Legislative Action Day in Sacramento.

Last on the list is Councilmember John Heilman. Heilman’s $1,921 in city-reimbursed spending amounted to 5% of the total spend by council members. That covered just one event: The Gay & Lesbian Victory Fund Institute annual conference.

For as much lobbying our Council does on behalf of the City on issues important to West Hollywood at the local/regional, state and federal levels, I’m quite surprised how little was spent on travel. As both a former Council Deputy to then-Mayor Jeffrey Prang and now as a staffer to a State Legislator, I know that these trips are far from any type of vacation. Their schedule is filled with meetings and conference activities from the time they step off the plane to the time they get back on to return home. I agree with the sentiment expressed by John… Read more »

I’m so glad that we have Councilmembers that take such an active interest in organizations and groups that have a lot of power to positively impact West Hollywood.

I resent the article’s comment about Councilmember Horvath. There is no reason to say: “Councilmember Lindsey Horvath, who has grander political aspirations, ranks first there. (Horvath to date won’t confirm or deny rumors that she hopes be named to a state post in the likely event that Gavin Newsom is elected governor in November.)”

I find Horvath’s 49% of the total spent, to Heilman’s & Meister’s 2% & 5%, very curious. It doesn’t add up. I have a feeling Horvath is disguising some of her self promotion travel as “city business”. I also think Duran’s travel expenses to gay & Latino events are excessive & probably rarely city related. This is not necessarily a matter of money, as most people seem to see it as. but it’s accountability of which politicians have none. They should all be required to submit & publish an accountability report, stating the reason for their travel to these events… Read more »

Jeremy
Reply to  AM

Just because you find something “very curious” doesn’t mean that it “doesn’t add up”. The fact that the expenses are documented and reported means there is accountability. Also, council members regularly provide updates on trips/meetings they attended at each Council meeting during their comments. The organizations that council members belong to help ensure WeHo is represented and has a voice on local, regional, and national issues or help to promote the city’s businesses and economy. So instead of calling this a “charade”, please offer facts to substantiate your claims. As others have indicated, the total amount spent is nothing compared… Read more »

Randy
Reply to  AM

“That money covered multiple trips to Sacramento to attend meetings of the League of California Cities, to which Horvath is a Council-appointed delegate. She also sits on a League committee. The League is a non-profit organization that, among other things, lobbies the state legislature on issues that affect local cities.” … doesn’t that automatically put her in the front seat for travel spending? I think you are looking for a scandal where there is none. And $35K for 13 months of travel for everyone, truly is a drop in the bucket compared to what the city spends on everything else,… Read more »

Now how about an article showing the amount of city money spent on City Council members’ lawsuit settlements and judgments?

Some of these are legitimately related to the business of a small city such as West Hollywood. A few seem to be pet projects of the traveler. Meister wins the day on legitimate trips. The questionable are South by Southwest, Gay and Lesbian Victory Fund, and NALEO. How many people did it take to “research” cannabis implementation in Denver? There are no mere “drop(s) in the bucket” when it comes to public funds.

As usual, one of the few to proudly own my comments and ascribe my full name to them.

Thanks for having the courage to use your name on your comments. I never understood why people who comment are afraid to identify themselves. I believe in true transparency. If you can’t identify yourself, no one will respect or believe what you say. A newspaper never allows anonymous comments. In fact when I worked for the Detroit Free Press, a commenter or letter to the editor had to verify their identification. Otherwise you just get a bunch of screw balls who probably are hacks for someone else.

these crooks should be paying for their own travel

I’m not sure what the point of this article is? Is the author suggesting malfeasance? The events listed which the City Council Members are attending all seem to be exactly what we would expect them to do. As far as the overall cost, $35, 000 bucks is chickenfeed. Given the expense of air travel these days, it seems that our Council is being both frugal and considerate of the taxpayers…

The point is that we citizens should be able to monitor the actions of our elected representatives to make sure they are acting in our best interests. Sure, the funds spent here are minor, but telling this little tale is why a responsible news media exists – a principal instrument in our – until recently – exceptional democracy.

With a part-time Council on a part-time salary, we can’t expect them to pay for their own travel when acting in their official capacity. Horvath in particular has proven to be a strong, fierce advocate for our City – and uses the connections she gains at these conferences to help advance West Hollywood priorities. Her leadership within these organizations has been essential to advances on numerous fronts. Overall, $35k in annual spending for 5 people to promote West Hollywood throughout essential organizations like the League of Cities and Contract Cities is a drop in the bucket for the benefit we… Read more »

Adam’s comments are correct. $35K for travel is nothing for a 13-month period.