The March 5, 2019, West Hollywood City Council election is almost six months away but already the campaign dollars already are rolling in for three of the candidates.

Among the five challengers, only Duke Mason has filed a report, and his shows that he has raised $29,000, far more than the incumbents to date. 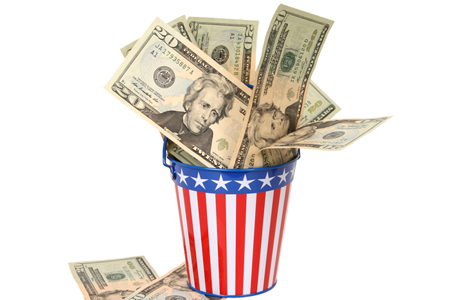 The campaign forms paint interesting pictures of the candidates based on who composes their donor base. D’Amico’s donations come largely from real estate developers and those who work with them. They include a $500 donation (the maximum allowable) from Nate Goller, owner of the land on Robertson Boulevard where the Robertson Lane hotel will be built. Other real estate operators are Craig Berberian of the Empire Property Group, William Cunningham-Corso, president of Cunningham Development, Andrew Nagel of Combined Properties, Anthony Zehenni of Aladdin Developers and many more, each of which gave the maximus $500 donation. Those donations were booked on June 13, suggesting they may have been inspired by a fundraiser on June 5 for D’Amico hosted by Steve Afriat, Jim Arnone and Jeff Seymour, lobbyists who represent development, billboard and other interests before the City Council.

Meister’s contributions appear to be largely from family and friends and community activists such as Cathy Blaivas and Elyse Eisenberg. A couple of local hotel owners and managers made contributions. They include Jeff Klein of Sunset Tower and Alan Johnson of the Ramada Hotel. Meister has raised objections to the rapid growth of hotels in West Hollywood, arguing that it will hurt the business of current hotels.

Mason’s most surprising contribution comes from Michael Armstrong, the concierge at the Beverly Hills Hotel. Mason was one of the active members in promoting a boycott of that hotel in 2016. He helped lead a demonstration across from the hotel to call out the fact that its owner , the sultan of Brunei, still allows the enforcement of Sharia law in Brunei. The strict version of the Muslim Sharia law in Brunei allows the murder of gay and lesbian people and brutal beatings of women who have abortions. Mason is a member of West Hollywood’s Gay and Lesbian Advisory Board.

“Two years after the boycott began, the Sultan of Brunei has still not repealed sharia law in his country,” Mason said in a post on Facebook at the time. “The hotel’s powerful PR machine has tried to sell people on the idea that the boycott has ‘fizzled,’ but lets prove to them that we are stronger and more determined than ever!”

The boycott has largely fizzled, with clueless celebrities these days posing for selfies and shots by paparazzi in the hotel’s Polo Lounge.

When asked about his acceptance of the $500 donation from Armstrong, Mason noted that Armstrong is a long-time family friend who Mason got to know when he patronized the hotel as a child.

“However I realize it looks like I’m receiving money from the hotel and I’ve already reached back out to him about returning it,” Mason said.

Mason’s other contributors include well-known actors such as Scarlette Byrne and Will Bethencourt, investor David Bohnett, his mother, the singer Belinda Carlisle, and Peter Norton, co-founder of the Hard Rock Café.

Need I make the case for Public Funding of Elections as opposed to corporate campaign contributions or individuals with disproportionate wealth influencing politicians at the expense of democracy? Or better yet, let’s talk about the need to Overturn Citizens United in order to restore the people’s right to regulate dark money in our elections and make clear that that rights enumerated in the US Constitution are for human beings and not for corporate entities!

Politics and money oh my.

Keep an eye on these people lest the emulate the rascals from my hometown, South Boston, Mass., who all but published a price list for favors. Politicians are only as good as we allow them to be.

$500 limit on contributions is lower than any other city except I think one in California.
And Duke man, you needed a call from Henry Scott to explain that donation after all your public statements?

Funny. What I was thinking wasn’t nearly as well-said as your question.

As far as high or low dollar amounts, think proportionally and you will get a better perspective, perhaps.

The law should be no campaign donations. Candidates should get out and meet the Residents in townhall meetings instead of hiring expensive firms to brainwash the Voters. If a candidate has a good platform and the Voters trust them, they will elect them . If they don’t present solutions to problems or have a history of making irresponsible decisions on Council, then maybe they won’t get elected.

I wish the law limited candidates to accepting campaign donations from residents only.

How does democracy work at its highest to represent the residents, When real estate interests can drop $500 checks into campaign re-election funds? And is it possible that these donations have no strings attached?

Kinda the way the TRUMP administration operates. Ironic, the bells and whistles the council is making over the stupid Star (outside the city of weho) YET TAKE DEVELOPERS BIG BUCKS – and the result we have yet to see the end of … Insane overbuilding.
We HAVE TO VOTE. ?