Serious crime in West Hollywood was up 25% in the first six months of 2018 over the same period last year. More than two-thirds of those crimes involved larceny and theft, and there was a 23% increase in non-serious crimes such as vandalism and drunk driving.

That data from the West Hollywood Sheriff’s Station is part of a report that will be presented to the City Council at its meeting on Monday.

The report shows that the biggest percentage increase in serious crimes occurred in the Sheriff’s Station’s East District, where such crimes were up 43% over the same period the year before. The East District extends from Fairfax Avenue east to La Brea. 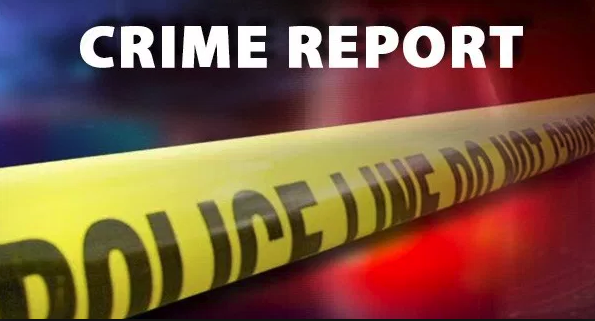 The increase in crime in the East District came from an increase in Petty Thefts ( up 69%) and Other Burglaries (up 122%). Petty theft is the theft of property valued at less than $950. The petty theft increase was attributed largely to a surge in shoplifting (up 37%), with most of the shoplifting occurring in and around the Gateway shopping plaza. The increase in the Other Burglary category was caused primarily by burglars targeting bicycles and storage units in apartment parking garages.

The Station’s West District, which extends west from La Cienega Boulevard, accounted for 44% of all serious crime reported in West Hollywood. In that district there was a 14% increase in serious crimes. That increase was mostly because of a 96% increase in petty thefts. The report notes that “thefts of cell phones and wallets from nightclubs were a problem and to a lesser extent, theft of unsecured packages from mailrooms and the front doors of residences.”

The Station’s City Center, which extends from La Cienega east to Fairfax, accounted for 21% of all serious crime reported. Thirty-two percent (157) of the 244 crimes in that area are attributed to theft, with 63 incidents of petty theft and 65 vehicle burglaries. The City Center saw a 57.1% decline in armed robberies, from seven in the first six months of last year to three in the same period this year.

Other interesting data from the report includes the following:

— Complaints from residents of West Hollywood’s Eastside about a rise in crime appear to be substantiated by data that shows that serious crimes from January through June 2018 in that area increased 43.4%. That compares with an increase of 22.6% in the Center City and 14.4% on the Westside.

However, it should be noted that 46% (181) of the serious crimes reported on the Eastside were incidents of petty theft, which is defined as theft of something valued at less than $950. And 155 of the 181 incidents of petty theft consisted of shoplifting at or around the Gateway shopping plaza on Santa Monica Boulevard at La Brea. Petty theft in all locations on the Eastside was up 69.2%

Despite the increase in crime on the Eastside, the Westside remains the area with the most serious crimes, with 501 reported in first six months of 2018. There were 244 reported in the Center City area.

— Violent crimes such as aggravated assault and murder showed next to no increase, with only one homicide reported and 62 aggravated assaults (compared to 60 the year before). But reports of rape showed a substantial increase of 42.9% over the year before. Of the 20 reported rapes, 13 occurred on the city’s Westside, up 62.5% from the eight reported in the first six months of 2017. There were three incidents reported in the City Center, a drop from the six reported last year. And there were four incidents reported on the Eastside, which reported no rapes during the first half of 2017. There also were five reported sex-related felonies in the first six months of this year, down from the 13 reported last year

— Crimes considered to be less serious (dubbed “Part II Crimes” by law enforcement) constituted the largest number, with 1,402 reported in the first six months of the year, an increase of 23.1%. The largest number of those crimes (378) are designated “vehicle/boating laws” crimes, which is a reference to violations of driving laws such as speeding.

— Narcotics arrests (designated Part II crimes) were up 44.2% to a total of 155 in the first six months of the year. The vast majority (86%) of those arrests were for possession, sale or use of methamphetamine, a highly addictive drug that is popular among some in the gay community. The 133 arrests for methamphetamine compare to 20 for cocaine, seven for heroin and eight for marijuana.

The report to the City Council says that “Based on information obtained through Crime Stoppers, citizens and confidential informants, there have been arrests of narcotics dealers and users who live in the West Hollywood area.

“During this reporting period, information obtained during investigations and through interviews of arrestees suggests that the individuals arrested for narcotics possession violations typically purchased their narcotics within West Hollywood, Hollywood, Los Angeles City, and the San Fernando Valley areas. Information obtained on narcotics dealers within the City of West Hollywood suggest the individuals are selling within clubs, from their residence, to the transients and by delivery. The narcotics are being delivered from outside of West Hollywood and into the city for distribution.”

— The report includes information not previously made public about significant arrests by the Sheriff’s Station’s Detective Bureau. One was “the arrest of two men for armed robbery and kidnapping in which the two suspects would drive around the nightclub areas of the city, posing as rideshare drivers and targeting intoxicated men as their victims. Once inside the vehicle, the victims were taken to local ATM’s and forced to withdraw money. In addition to the money withdrawn from the ATM’s, the victims had their wallets, cell phones, and any jewelry on their persons taken.

“After identifying and arresting the primary suspect, a search warrant was served at the home of the second suspect and several firearms were recovered . It is believed the firearms were used by the suspects during the commission of their crimes. A total of eight cases were linked to the suspects and a confession was obtained from one of the suspects.

“In another case, a man was identified and arrested for a series of vehicle burglaries that took place over several months beginning in late 2017 and ending with his arrest in February of 2018. In this case, a departmental program that tracks parolees wearing GPS ankle bracelets played a crucial role and allowed detectives to place the suspect at the scene of several West Hollywood vehicle burglaries. The suspect targeted fitness gym parking lots in the morning hours and smashed the vehicle windows to gain access to the vehicle. The suspect would steal wallets and purses from the cars and then go immediately to local businesses and charge thousands of dollars to the victim’s credit cards. A search warrant was served and the suspect was taken into custody without incident. The suspect was very prolific and his arrest cleared several West Hollywood cases and many more throughout Los Angeles County.”

The City Council will meet at 6:30 p.m. on Monday at the City Council Chambers, 625 N. San Vicente Blvd., south of Santa Monica. Parking is free in the adjacent five-story structure with a ticket validated at the Council meeting.

don’t forget our city pays over $18 million a year for our Sheriff’s Department and crime is up?

Well obviously if correct about the figure, $18 Million dollars is not enough money for adequate law enforcement for our City. Are we the Titanic. Over building, more bars, less parking ….. The enormous tax revenue from bars, restaurants, clubs and the HOTEL Tax on such expensive high end Hotels is an ENORMOUS INCOME STREAM FOR SUCH A SMALL SIZED and 30,000 resident City. Or do we build the Amazing Looking Titanic and not waste money on more Sheriff’s facilities … They are built to look nice. They are a small prison, and hold an arsenal of very lethal weapons.… Read more »

There’s a sheriff station in boys town. How long have you lived here?

The individuals running this City should be ashamed of themselves! STOP worrying about building more condos and high-rises and START protecting the residents who pay a fortune to live here! It’s outrageous! We must insist on more police visibility, more daytime and evening patrols and more serious attention paid to complaints from the Sheriff’s department. What will it take?!