With only three vehicle burglaries reported last week (and two the week before), it appears incidents of those crimes have dropped dramatically from the nearly two dozen reported in a week not long ago. This week’s low vehicle burglary count supports suggestions that the arrest on Sept. 27 of a man and woman suspected of involvement in a large number of such burglaries is making a difference.

The report below lists all serious crimes reported to the West Hollywood Sheriff’s Station between Oct. 8 and 14. 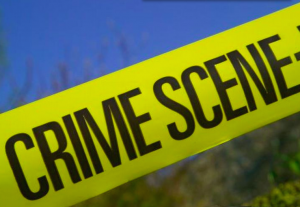 Other Burglary. 8400 block Santa Monica Boulevard at 6 a.m. An unknown suspect smashed the front glass door to gain entry and removed money from the cash register. #06670

Strong Arm Robbery (Suspect Arrested). 1100 block La Brea Avenue at 1:09 p.m. A man placed 14 bottles of shampoo into his backpack and attempted to leave the store without payment. The suspect was confronted by an employee and a struggle ensued. The property was retained by the employee and the suspect fled the area on foot. Responding deputies located and arrested the suspect. #06698

Aggravated Assault – Other Weapon. 7900 block Santa Monica Boulevard at 6:30 a.m. A man was sleeping in the alley when he was hit on the head with a metal pipe by an unknown suspect. The victim was unable to provide details about what happened. #06715

Grand Theft. Orange Grove Avenue / Romaine Street between 2:29 and 2:35 p.m. An unknown suspect removed a camera from the interior of the unlocked vehicle. #06723

Vehicle Burglary. 1100 block Laurel Avenue between 8:40 and 10:40 p.m. An unknown suspect smashed the front passenger’s side window and removed property from the front seat. #06732

Grand Theft. 8800 block Santa Monica Boulevard between 9 and 10 pm. An unknown suspect removed a cell phone that was left momentarily unattended on a table inside the club. #06749

Residential Burglary. 8200 block Fountain Avenue at 2 p.m. A man used force on the front gate and back door to gain entry and was confronted by the resident in the kitchen. The victim walked to another room and the suspect left the house and fled the area on foot. #06738

Residential Burglary. 900 block Palm Avenue at 11:10 p.m. An unknown suspect used an open sliding door on the balcony to gain access and removed property from the living room. Some of the property was found and recovered outside of the residence by responding deputies. #06752

Vehicle Burglary. 8500 block Santa Monica Boulevard between 6:55 and 9:20 p.m. An unknown suspect smashed the rear passenger’s side window and removed property from the back seat. #06747

Vehicle Burglary. La Brea Avenue / Romaine Street between 8:40 and 10:20 p.m. An unknown suspect smashed the rear passenger’s side window and removed property from the back seat. #06751

Strong Arm Robbery. 8500 block Sherwood Drive at 11:30 pm. A man was walking on the sidewalk when he was hit on the back of his head by an unknown suspect. The victim’s cell phone was taken from his pocket. The victim waited until the next day to report the incident. #06783

Aggravated Assault – Gun. Santa Monica Boulevard / San Vicente Boulevard at 11:08 p.m. While seated in his car, a man pointed a handgun at the victim during a road rage incident. #06750

Residential Burglary (Attempt). 8900 block Rosewood Avenue at 2:50 a.m. A man was removing a bedroom window screen when the resident woke up and yelled at the suspect. The suspect fled the area on foot. #06782

Armed Robbery. 500 block Westbourne Drive at 4:33 p.m. A man was walking on the sidewalk when a man approached him while armed with a handgun and demanded the victim’s watch. A struggle ensued and another suspect ran over to help the primary suspect take the watch from the victim. After taking the watch, the suspects fled the area in a vehicle that was parked nearby. #06808