The West Hollywood City Council agreed on Monday night to put a proposal for a cannabis sales tax on the March 5, 2019 ballot.

The proposed 7.5% tax on recreational cannabis would boost the overall tax to 30% and is projected to raise $5.5 million year. A memo from City Hall says the money could be used to fund services “such as public safety, street repair, homeless services, pedestrian/bike safety, and parks …” 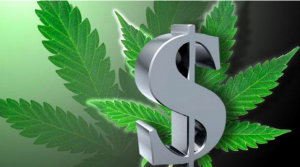 If approved by West Hollywood voters, that tax would be in addition to a 7.5% state sales tax and a 15% state excise tax. There is no sales tax levied on medical cannabis.

Councilmember John D’Amico joined his fellow council members in approving the proposal as one of a number of measures on the Council’s consent agenda. However D’Amico expressed some concern about advocating for a tax when the city has not yet decided which applicants will receive licenses to operate cannabis businesses in West Hollywood. An independent committee has been assessing applications and is expected to announce which applicants will qualify for the licenses.

“I’m a little concerned that we’re putting a tax on businesses that don’t yet exist,” D’Amico said, adding that he would like to hear the opinions of cannabis business owners on the proposed tax.

Mayor John Duran expressed his support for the tax. Noting that no owners of cannabis businesses showed up to oppose the proposal, Duran said he thought the proposal had general support.

“The city will issue a total of 32 cannabis licenses for the sale of adult-use cannabis in some form (8 adult- use retail licenses, 8 consumption lounge (smoking, vaping, edibles) licenses, 8 consumption lounge (edibles only) licenses, and 8 delivery licenses). The city anticipates that some applicants may receive more than one type of license for a single location, which is why only 18 locations were estimated.”

Earlier this year the city engaged Fairbank, Maslin, Maullin, Metz & Associations to survey local residents as to their opinion of a city cannabis tax. When asked if they would support a 7.5% tax “to fund general municipal service such as Sheriffs, street repair, parks, and homeless services, until ended by voters and requiring annual independent financial audits” 75% of those responding said “yes” and 52% said “definitely yes.” Those responding “no” were 22% and those who said “definitely no” totaled 15%). Four percent were unsure.

I’d like to know who was surveyed. Probably a bunch of senior citizens who still think “Reefer Madness” was a documentary. (LOL) Go ahead, put it on the ballot. It will probably pass and the black market will flourish once again. West Hollywood will most likely not get much benefit from the new taxes.

Does anyone ever think to put additional taxes on alcohol? Nooooooo. This is so dumb.

I know several people already hitting the black market because of the ridiculous 22.5% in taxes we already pay. I’m a liberal, and I think taxing it isn’t a bad thing, but this raises the total to 30%, which I think is just ridiculous. And yes, West Hollywood’s voting base will most likely approve this, as they probably use less of it than non-voters.

I would like to see a more targeted list of programs that will benefit from the increased revenue.
7.5% is reasonable.

So if you do the math, that is a 30% tax on recreational marijuana. I guess that beats Los Angeles that is imposing an additional ten percent tax compared to West Hollywood’s 7.5%. Still with the glut of production why will consumers pay the additional costs when you can buy the same product from traditional sources? While I am glad that West Hollywood decided to undercut Los Angeles, the State is getting the lion’s share of the revenue. With other jurisdictions moving toward legalization this sort of tax may not be sustainable. The unintended consequences may result in a surge… Read more »

I don’t know. I know plenty of people who started purchasing cannabis since it was legalized, who didn’t normally use it, or recognize it as a product that will improve their lives (e.g., treatment for anxiety and insomnia). Not everyone will be resourceful enough to go to unlicensed producers, and don’t purchase it often enough to make the effort. But certainly, some will.